A top Al Qaida leader and two of his associates were killed in a June 16 U.S. airstrike on a jihadist stronghold in Yemen’s Shabwa province, the Pentagon said.

Abu Khattab al-Awlaqi was emir for Al Qaida in the Arabian Peninsula (AQAP) in Shabwa, and was responsible for planning and conducting attacks against civilians, the U.S. military’s Central Command said in a statement. 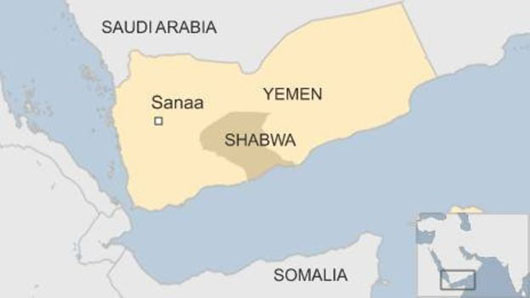 The aim of the June 16 strike was to “disrupt terrorist compounds, and attack networks in Yemen,” the statement read, according to AFP.

A Yemeni security official said the airstrike, carried out by drone, hit a vehicle and killed the driver and both passengers.

AQAP has carried out several terrorist attacks in Yemen in recent years and has also targeted the West, having in 2015 claimed responsibility for the Charlie Hebdo killings in Paris and then calling for “lone wolf attacks” against Western targets, Israel’s Arutz Sheva reported.

The leader of AQAP, Nasser al-Wuhayshi, was killed in an American airstrike in June of 2015.

“It is highly likely that Daesh leader al-Baghdadi was eliminated as a result of a Russian Aerospace Forces strike on the terrorists’ command post in the southern suburb of the city of Raqqa in late May this year,” Deputy Foreign Minister Oleg Syromolotov told the Sputnik news agency, using the Arabic acronym for ISIS.

Syromolotov said the “information is now verified through various channels.”

Russian Foreign Minister Sergey Lavrov said he could not give firm proof that the ISIS leader was killed. The Pentagon expressed skepticism over Russia’s claim.