An Islamic State (ISIS) commander who was involved in the execution of an American hostage was on the receiving end of a “precision strike” by U.S. coalition forces in southeastern Syria, the U.S. military said. 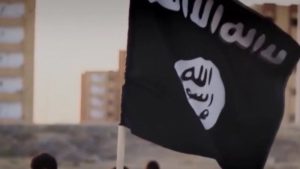 Abu al-Umarayn was killed in in a desert area known as Badiya, according to U.S. military spokesman Col. Sean Ryan.

Umarayn was involved in the 2014 execution of U.S. hostage Peter Kassig, a former U.S. Army ranger. ISIS at the time had disseminated a video showing Kassig’s decapitated head after his beheading.

Umarayn was also linked to or directly involved in executing several other prisoners, Ryan said.

Ryan said on Dec. 2 that the U.S.-led coalition suspected that Umarayn posed an “immediate threat” to coalition forces in the area.

Umarayn is the first top ISIS figure identified as having been killed in an airstrike since the U.S.-led coalition targeted Mohammed Emwazi, who was known as “Jihadi John,” in November 2015. Emwazi was the ringleader of a group of four Islamic State fighters nicknamed “The Beatles” by their captives.