In another victory for President Donald Trump in his stand-off with communist China, Great Britain announced that it is banning China’s telecom giant – Huawei – from the UK’s high speed 5G network.

This significant reversal is certain to please both the U.S. and conservative rebels in the UK who have been fiercely lobbying Prime Minister Boris Johnson to stand firm against Chinese bullying and threats. 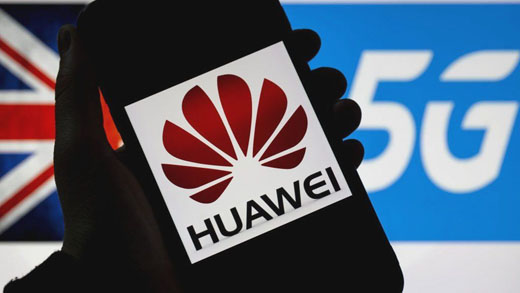 Johnson earlier attempted a compromise that would have allowed Huawei a limited role in building the country’s 5G network, but prevented it from accessing “sensitive” core areas and those near military or nuclear sites. This position became increasingly tenuous however, as tensions flared between China and the UK over China’s role in the Wuhan coronavirus (COVID-19) pandemic and China’s unlawful takeover of Hong Kong.

As noted by NBC News, the UK has faced months of pressure from Washington over Huawei, but Johnson was also facing a rebellion within his own Conservative party. An increasing number of Tory MPs were joining the Trump administration in arguing Huawei is a security and espionage risk because of the company’s reported links to the Chinese government and military.

Conservative opposition to Huawei in the UK has been spearheaded by the China Research Group, reported the Financial Times. The Group is a Tory caucus led by Tom Tugendhat, chair of the House of Commons foreign affairs select committee.

After the Trump administration proposed new sanctions against Huawei designed to sever the company’s access to U.S.-made semiconductors, the UK’s National Cyber Security Centre – part of the UK signals intelligence agency GCHQ – also produced a report that expressed concern that the U.S. sanctions – due to take effect in September – would make it much harder for the UK to vet any Chinese-made semiconductors used by Huawei.

China’s threats against the UK probably did not help its cause. China’s ambassador to the UK, Liu Xiaoming, last week warned the British government that “if you want to make China a hostile country, you will have to bear the consequences.”

“There’s no such thing as a perfectly secure network,” UK Media Secretary Oliver Dowden told the House of Commons, but he said that the UK had to make sure its system was “as secure as it possibly can be.” Dowden stated that all new Huawei 5G equipment would be banned in the UK starting next year, and that the government would remove all of Huawei’s existing infrastructure by 2027, reported NBC News.

The final 2027 timeline may have been another compromise, though. Huawei had asked Johnson not to fully expel the company until 2025 at the earliest to “allow UK mobile operators more time to remove existing Huawei 5G equipment from their networks, and to switch to different suppliers,” according to the Financial Times.

British telecoms companies, such as BT and Vodafone, also cautioned that tearing out Huawei tech, which the UK has used in some form since 2005, could take years, noted NBC News. European tech companies Ericsson and Nokia can also build 5G infrastructure, but the transition will cause delays and significant additional costs.

Dowden conceded that banning Huawei would delay the UK’s 5G roll-out by two years and cost up to 2 billion pounds (US$2.5 billion). But this is a small price to pay for Britain’s independence and national security.

In 2015 the UK embarked on a misguided path that it said would lead to a “golden era” of engagement with China. Thankfully, that dangerous mirage has now officially ended.