President Donald Trump should delay the appeal of a Seattle judge’s rejection of his travel ban executive order until the vacant seat on the U.S. Supreme Court is filled, a legal expert said. 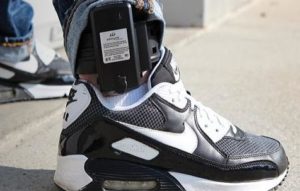 “Going to the Supreme Court now could result in a widely predicted 4-4 decision,” Banzhaf told the Washington Examiner on Feb. 6.

While it waits for Neil Gorsuch’s confirmation to the Supreme Court, the Trump administration should look into Germany’s model of using GPS tracking devices on those it suspects of having terror ties — not all refugees, Banzhaf said.

“Imposing such conditions on admission is fully consistent with 8 USC 1182(f) which expressly gives the president the authority to ‘impose on the entry of aliens any restrictions he may deem to be appropriate.’ It is also more likely to be upheld since it is far less objectionable than a total ban,” he said.

GPS ankle monitors are widely used by law enforcement and immigration agencies and Banzhaf suggested that their use could be expanded and would be accepted by the nation.

“There have now been several major terrorist incidents in which authorities pointed out that they were suspicious of the perpetrator, but did not have sufficient information to arrest him, nor the vast resources necessary to provide effective surveillance of everyone under suspicion,” Banzhaf said.