Trump to curb China ties: I don’t want them ‘using our money to build’ military 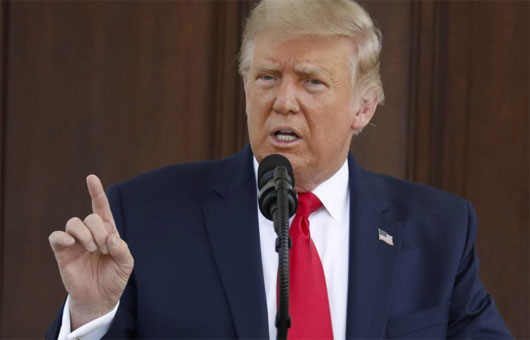 President Donald Trump said he intends to curb the U.S. economic relationship with China, contrasting himself with Joe Biden by threatening to punish any American companies that create jobs overseas and to forbid those that do business in China from winning federal contracts. …

“Whether it’s decoupling or putting massive tariffs on China which I’ve been doing already,” he said, “we’re going to end our reliance on China because we can’t rely on China and I don’t want them building a military like they’re building right now and they’re using our money to build it.”

Trump to curb China ties: I don’t want them ‘using our money to build’ military