“Next week ICE will begin the process of removing the millions of illegal aliens who have illicitly found their way into the United States. They will be removed as fast as they come in. Mexico, using their strong immigration laws, is doing a very good job of stopping people long before they get to our Southern Border,” Trump tweeted. 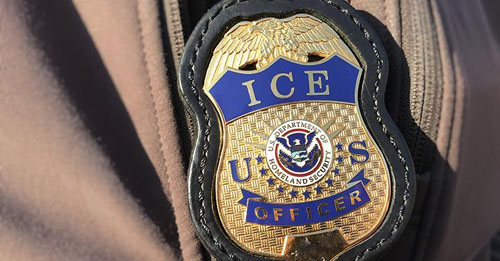 Officials estimate there are some 12 million illegal immigrants in the United States. Most are from Mexico and Central America.

Approximately 100,000 illegal immigrants are pouring over the U.S. border each month. Most are released into U.S. communities and never show up for their asylum hearings.

Under a deal Trump engineered earlier this month, Mexico agreed to hold Central American immigrants seeking asylum in the United States until their cases are heard in U.S. courts.

Mexico pledged to deploy National Guard troops to stop Central American immigrants from reaching the U.S. border under the deal, which averted a Trump threat to hit Mexican imports with tariffs.

In another June 17 tweet, Trump said: “Guatemala is getting ready to sign a Safe-Third Agreement. The only ones who won’t do anything are the Democrats in Congress. They must vote to get rid of the loopholes, and fix asylum! If so, Border Crisis will end quickly!”

Meanwhile, socialist Democratic Rep. Alexandria Ocasio-Cortez on June 17 called Trump a “fascist” who she said is operating “concentration camps” on the U.S.-Mexico border.

“That is exactly what they are. They are concentration camps,” Ocasio-Cortez said of migrant holding facilities during a Q&A live-streamed on Instagram. “The fact that concentration camps are now an institutionalized practice in the Home of the Free is extraordinarily disturbing and we need to do something about it.”

Ocasio-Cortez then voiced her eagerness to connect with others “who are concerned enough with humanity to say that ‘never again’ means something.”

The expression “never again” is strongly associated with Holocaust remembrance.

During another part of the live-stream, AOC warned her followers that “we are losing to an authoritarian and fascist presidency.”

In November, Ocasio-Cortez was highly criticized after she compared asylum seekers to Jews fleeing Nazi Germany during World War II, attempting to make the point that neither was a “crime.”