Trump on ‘2,000 Mules’ film: ‘What will cowards who sat and did nothing say now’

“It’s all on video,” former President Donald Trump said in response to the announcement this week of a new documentary, “2,000 Mules”, to be released by Dinesh D’Souza and True the Vote which details video evidence of what the film says is widespread illegal ballot trafficking during the 2020 election. 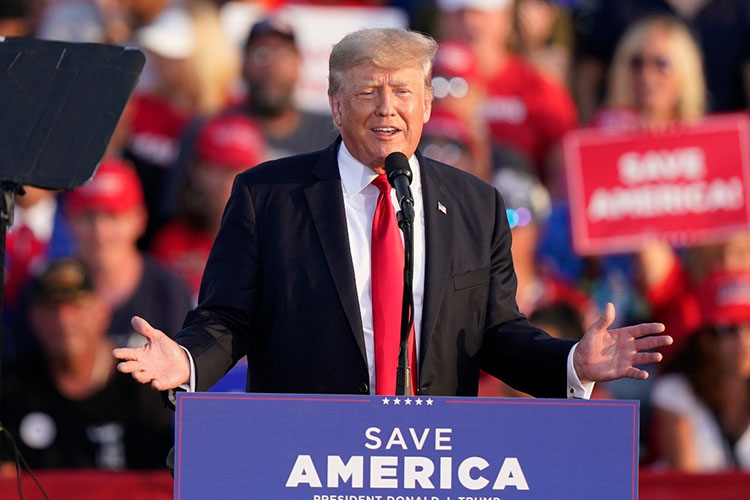 Trump said in a Jan. 31 statement:

Highly respected Dinesh D’Souza, working together with Catherine Engelbrecht of True the Vote, just released a trailer to their new movie, “2,000 Mules,” that shows the world exactly how the 2020 Presidential Election was Rigged and Stolen.

The movie exposes the lies of the Democrats, RINOs, and Fake News who say it was the “most secure election in history.”

It was, perhaps, the least secure in history.

The ballot box was stuffed, and stuffed like never before – and it’s all on video. Ballots were trafficked and sold in a massive operation in each Swing State.

The evidence is so damning, what will the cowards who sat and did nothing about the stolen election say now? The way our votes were taken away is a disgrace to our Nation. It must be fixed.

(See a trailer for the documentary here.)

000 Mules’ film: ‘What will cowards who sat and did nothing say now’, 2020 election, Dinesh D’Souza, Trump on ‘2, WorldTribune.com