Trump moves to apply science, not ‘feelings’, in assigning gender

News that the Trump administration may define gender based on a biological determination at birth has triggered outrage from the Left.

President Donald Trump’s Department of Human Services is moving to overturn the Obama-era edict and adopt a definition of gender “on a biological basis that is clear, grounded in science, objective and administrable,” according to a memo that The New York Times reports it has obtained. 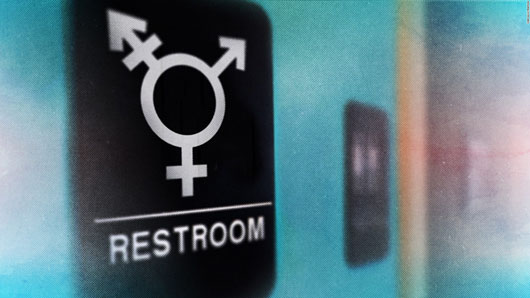 Such a move would upend policies from the Obama administration which “inserted the ideological belief that feelings determine gender into federal Title IX law that covers discrimination in education programs,” LibertyNation.com columnist Joe Schaeffer noted.

“When it comes to practical matters – like government policies that affect an entire nation – it should be obvious that personal beliefs based on individual feeling should not drive universal law,” he added.

“There are an estimated 1.4 million people who define themselves as ‘transgender.’ There are 327 million Americans.”

Dr. Quentin Van Meter, president of the American College of Pediatricians, told Breitbart News that “It is high time that governmental agencies at the national and local levels return to valid science which reveals that there are two biologic sexes, and only two: male and female. Gender identity is a social construct, not a biologic one, and gender-specific rights have no place in regulation or law.”

Ryan T. Anderson, writing at The Daily Signal, pointed out the inherent inconsistencies that go with embracing the transgender worldview.

“They say that gender is purely a social construct, while asserting that a person can be ‘trapped’ in the wrong gender,” Anderson writes. “They say there are no meaningful differences between man and woman, yet they rely on rigid sex stereotypes to argue that ‘gender identity’ is real, while human embodiment is not.”

“They promote a radical expressive individualism in which people are free to do whatever they want and define the truth however they wish, yet they try ruthlessly to enforce acceptance of transgender ideology.”

Schaeffer noted that “Already, transgender citizens are claiming special consideration in matters such as policing. Police officers will be mandated to accept transgender definitions when performing personal searches under proposed legislation in San Francisco. How a female officer feels about having to perform a body cavity search on a man who declares himself a woman is apparently not a consideration in the transgender feelings worldview.”

Schaeffer concluded: “It is long past time that this nation stopped buckling under every hysterical screech clamoring for special rights built upon non-existent victimization claims based solely on feelings. The majority has rights too.”