Former President Trump on Saturday gave the clearest signal yet that he intends to run in 2024, telling supporters that the slogan for a new campaign would be “Make America Great Again, Again.”

“We are a great, proud and sovereign nation,” Trump told the massive crowd at a rally in Des Moines, Iowa. “We are born free. We will live free. And we will win again like we’ve never, ever won before.” 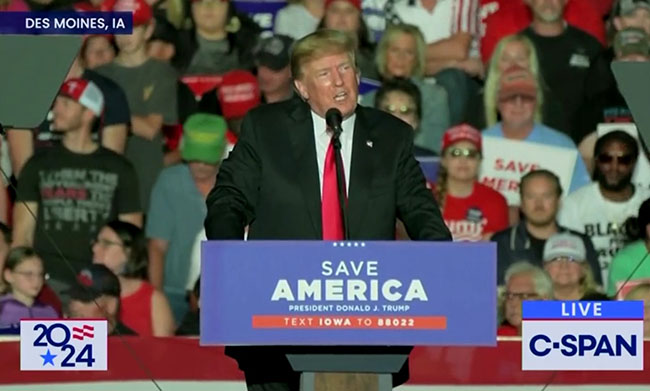 It took Trump just seven sentences to sum up his impressions of 9 months under an installed Biden regime: