Pennsylvania, a key state in President Donald Trump’s 2016 victory, has seen a surge in voter registration for the Republican Party, a report noted. 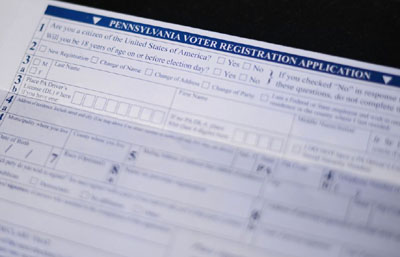 The GOP has added almost 198,000 registered voters in the Keystone State compared to the same time four years ago. Democrats, meanwhile, have gained just 29,000, Politico reported on Thursday.

According to the Politico report, Democrats still outnumber Republicans by about 750,000 voters in Pennsylvania, but “the GOP has seized on their uptick in party members as a sign that Trump is on track to win this critical Rust Belt swing state a second time.”

Charlie Gerow, a Harrisburg-based Republican strategist, said of the uptick in GOP registrations: “It’s one of the reasons why I am very bullish on Donald Trump’s prospects in Pennsylvania. I think he will win again, and I think he will win by more votes than he did in 2016. Trump is doing what Ronald Reagan did 40 years ago, which is moving a lot of traditional Democrats into the Republican column.”

Politico noted that Republicans “have made the biggest raw net gains in Westmoreland and Washington counties — both located in the western part of the state where Trump’s support runs deep — as well as Luzerne. While they have lost ground statewide, Democrats have netted more registered voters in the last four years than the GOP in Philadelphia’s suburbs. In fact, Montgomery, Chester, Delaware and Bucks counties, along with the city of Philadelphia, are the top five areas where they have seen a registration boost.”