U.S. President Donald Trump on Sept. 13 issued an order blocking the sale of a Portland, Oregon-based technology firm to China. 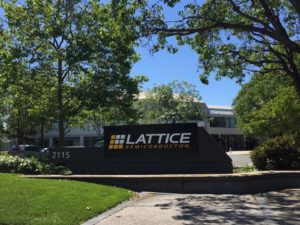 The White House, citing the Defense Production Act of 1950 as amended by the Foreign Investment and National Security Act of 2007, said the sale posed a “national-security risk” related to “among other things, the potential transfer of intellectual property to the foreign acquirer, the Chinese government’s role in supporting this transaction, the importance of semiconductor supply chain integrity to the United States Government, and the use of Lattice products by the United States Government.”

In a statement, Canyon Bridge said it was disappointed in Trump’s decision to “forgo what we believe to be an excellent deal for Lattice’s shareholders and its employees by expanding the opportunity to keep jobs in America,” according to CNBC.

Lattice CEO Darin Billerbeck said the blocked deal “was in the best interests of our shareholders, our customers, our employees and the United States.”

According to Bloomberg, Lattice makes programmable logic chips, which are often used for industrial and military purposes. The company generates about 70 percent of its sales in Asia.

Although it is rare for a U.S. president to block the sale of a U.S. firm to a foreign country, it isn’t unprecedented. Former Presidents George H.W. Bush and Barack Obama each blocked sales to Chinese entities, the BBC reported.