Trump: America will accept wall like one at Obama’s mansion, only ‘slightly larger’

Former President Barack Obama has a wall around his posh mansion in Washington, D.C., President Donald Trump tweeted on Dec. 30. 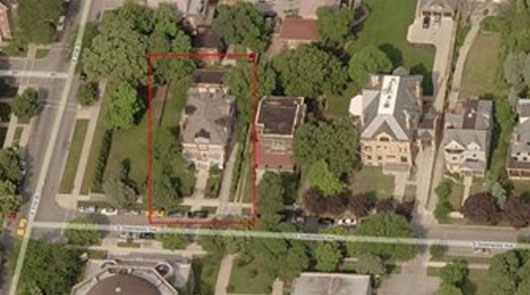 Obama having the barrier for the protection of his family is a good idea, Trump said, adding that it is also a good idea for the United States to have a “slightly” bigger wall to secure its southern border.

Trump tweeted: “President and Mrs. Obama built/has a ten foot Wall around their D.C. mansion/compound. I agree, totally necessary for their safety and security. The U.S. needs the same thing, slightly larger version!”

During his trip to Iraq to visit U.S. troops last week, Trump said he would do “whatever it takes” to get money for border security and declined to indicate how much he would accept in a deal to end the shutdown.

Republican Rep. Mark Meadows of North Carolina said Trump “is very firm in his resolve that we need to secure our border,” adding that if Democrats “believe that this president is going to yield on this particular issue, they’re misreading him.”

The president called on Democrats, who assume control of the House this week, to fund his wall, saying the shutdown affects their supporters. He said: “Do the Dems realize that most of the people not getting paid are Democrats?”