The Department of the Interior on Thursday announced it has approved the logistics for the Alaska Liquified Natural Gas Pipeline Project. 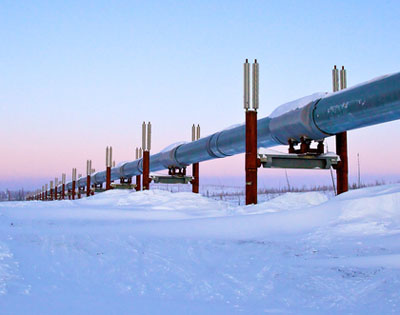 The 807-mile pipeline “will enable more Alaska-produced energy to enter the market through modern, efficient technology and create opportunities for Americans,” Casey Hammond, principal deputy assistant secretary for land and minerals management, said in the announcement.

“The project includes the potential to supply Denali National Park and Preserve and nearby communities with natural gas,” Robert Wallace, assistant secretary for fish and wildlife and Parks, said. “Careful environmental management will ensure park resources, including wildlife, wetlands, vegetation, and noise/soundscapes, will be protected during and after construction.”

“The NPS (National Parks Service) is issuing a right-of-way for the approximately six-mile portion of pipeline within a non-wilderness area of the Denali National Park and Preserve (DNPP),” the announcement said. “The route selected through the park is near the existing transportation corridor (the Parks Highway and Alaska Railroad extend across this area of the park), which limits impacts to park viewsheds and overall acreage of wetlands, and reduces the need for additional roads and their associated impacts.”

The announcement said that nine federal agencies collaborated in the project, including the Bureau of Land Management, the NPS, the Army Corps of Engineers, the Coast Guard, the Department of Energy, the Department of Transportation, the Environmental Protection Agency, the Fish and Wildlife Service, and the National Marine Fisheries Service.

Read the Department of the Interior’s full announcement here