Global Trade War is sweeping the world, and U.S. President Donald Trump intends to keep fighting. The question, though, is how and when it will end and what damage it will leave in its wake.

The U.S. contends that that eventually some of America’s trading partners will realize they need to slash their barriers to imports and also make life easier for American companies doing business on their soil. Everyone else, however, blames Trump for upsetting global trading patterns and bringing on what could be a new era of restrictions and restraints on free trade. Go one step beyond that, and countries are going to begin to blockade shipping, to close borders entirely. Finally, there is the danger of war as the only recourse that some leaders will decide is needed to set matters straight again. 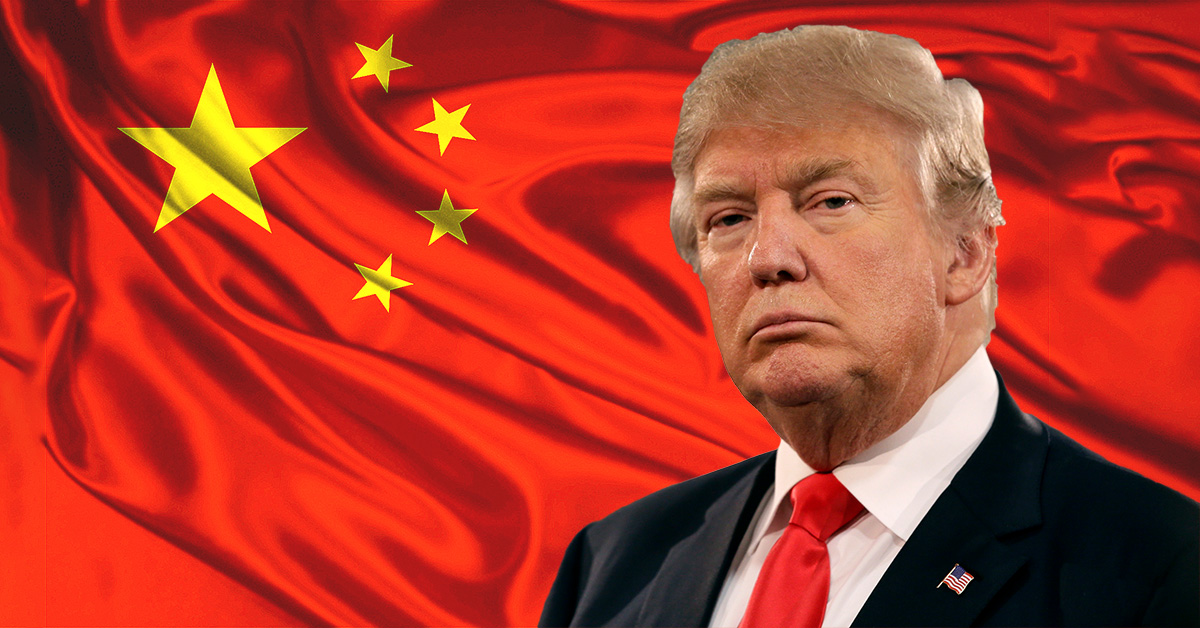 In this great power struggle, it is extremely difficult to sort out right and wrong. Countries and companies make claims and counterclaims as in a courtroom drama in which one aggrieved party is suing another. The Americans see just about every major trading partner as unfairly dumping goods on American markets at extremely low or no tariffs while imposing high tariffs on imports from the U.S.

The worst offender, as far as the U.S. is concerned, is China, whose exports to the U.S. exceed its imports by about $400 billion. That’s such an extraordinary imbalance in trade that it’s difficult to believe it reached such heights without provoking an outcry much earlier.

In fact, American negotiators have been complaining for years that the value of the Chinese renminbi is set far too low so Chinese products can be exported cheaply. They also say that China sets up barriers to imports that make it difficult for American products to get into China or to compete effectively once they get there.

That’s why Trump has imposed a 25 percent tariff on $34 billion of imports from China, and the Chinese have fired back imposing tariffs on two huge U.S. exports, soybeans and motor vehicles. Actually tariffs on $34 billion worth of Chinese exports to the U.S. is not that huge an amount considering the spectacular overall total of Chinese exports, but Trump is talking about imposing still more tariffs.

The Global Trade War is no doubt most serious between the U.S. and China in view of the potential for conflict eventually breaking out. Think of Chinese support for North Korea, which relies on China for virtually all its oil and a large percentage of its food, among many other items.

If the U.S. fails in dialogue with North Korea and the danger of war again hovers over the Korean peninsula, China would surely side with North Korea as it did in the Korean War. In the meantime, China could not be expected to abide by sanctions imposed by the United Nations Security Council in response to North Korea’s tests of nuclear devices and long-range missiles.

The standoff with China extends all around the rim of Asia, down to the South China Sea and on to the Indian Ocean and the Arabian Sea and beyond. One reason U.S. and Chinese military forces have not come to blows is that the Chinese are well aware how much they depend on the Americans for the vast sums they earn for all those exports. Cut down the trade surplus, and the Chinese might feel quite differently about U.S. warships periodically challenging their control over the South China Sea.

The trade war also has an immediate impact on U.S. relations with South Korea. Trump is not happy about KORUS, the Korea-US Free Trade Agreement. He has insisted on some revisions, and he undoubtedly would like more. Korea’s trade surplus with the U.S. last year was $23.1 billion, down from a high of $28.3 billion in 2015 but still considerably more than U.S. trade officials would like.

If Trump is refraining from talking really tough to the South Koreans, the reason undoubtedly is that South Korea’s basic security and moves toward inter-Korean reconciliation take priority. Similarly, the U.S. is reluctant to get into a trade war with Japan, whose surplus with the U.S. last year reached $68.8 billion, down from a peak of $76.4 billion in 2012 but still far too high.

The Global Trade War, with the U.S. both target and adversary is just as bitter in disputes between the U.S. and its northern and southern neighbors, Canada and Mexico, and in spats with the European Union, many of whose members are allied with the U.S. as members of NATO, the North Atlantic Treaty Organization. Trump inspired retaliatory tariffs amid outcries of anger after slapping tariffs on steel and aluminum imports in what he said was an effort to rescue American industry and jobs for American workers. The deficit with the EU last year was $151.4 billion. With Mexico the deficit was just under $80 billion, and with Canada it was slightly over $17 billion.

With numbers like these, it’s easy to see why Trump is talking so tough about the trade deficit while America’s trading partners are outraged by moves to cut it down.

The fear, however, is that a Global Trade War could eventually explode into armed conflict in which hundreds of millions, maybe billions, would perish. Policy-makers and negotiators have to keep this risk at the top of their concerns as they confront one another in a Global Trade War that could someday erupt into World War III.