‘Thou shalt not . . .’: Totalitarian taboos against doubting the coronavirus ‘experts’

There is no direct evidence that the coronavirus lockdowns are working, said Dr. John A. Lee, a recently retired professor of pathology and UK National Health Service (NHS) consultant pathologist.

“The figures are just so unreliable. It’s very difficult to understand when you are looking at figures from different countries, and figures in isolation about things like death, what they really mean. And obviously, if we can’t understand what the figures mean, it is quite difficult to then know what we should do about them,” Lee said. 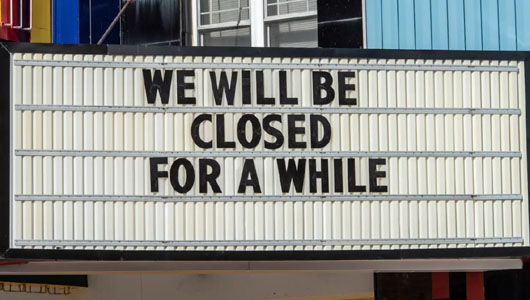 “These figures are then fed into models of the disease and the epidemic which are being used to influence and inform public policy. But those models are only as good as their input data and the assumptions they make. And there are so many unknowns which means the models’ outputs are really quite questionable. And given that we have now got ourselves into this situation, for a variety of reasons, getting ourselves out of it using the same models and predictions is even more questionable. So we are in a very difficult situation,” Lee said.

But Lee is among the few questioning the mainstream assumptions about the virus.

Historian and columnist Victor Davis Hanson noted in an April 19 op-ed for American Greatness that “It is now a truism that almost every influential model that has been advanced about the spread of the coronavirus was flawed. They almost all erred on the side of exaggerated morbidity. But to suggest that in public is deemed heresy.”

So, what explains the current taboo on topics regarding the coronavirus?

“Even when the Imperial College scarifying ‘2.2 million’ dead in the United States was withdrawn, or when Gavin Newsom’s ‘25.5 million infected’ by early May in California seemed hysterical, or today’s prognostications from the University of Washington modified older models that politicians used to set policy, there was more ridicule leveled at the original skeptics than at the promulgators of such myths — despite the fact that some disastrous public policies resulted from assurances that hundreds of thousands would likely die soon from the virus,” Hanson noted.

Declarations on the coronavirus from “the best and brightest” at the World Health Organization, the CDC, the FDA, NIH, and from the Surgeon General are “constantly changing, and often downright illogical,” Hanson wrote.

“We were at different times told that the virus was not transmissible from human to human. Travel bans were expressions of illiberal panic not reflections of ancient scientific quarantine protocols. The FDA’s monopoly over test kits was supposedly the best and most rapid way to ensure that millions got into the hands of doctors and hospitals.

“Orthodoxy told us that masks for the general public were at first selfish, then useless, then of some value, then essential. Infectiousness came largely from touching facial orifices with fingers contaminated by surface viruses. Or was it more dangerous to breathe the contagion in as it spread from coughing, sneezing, or mere talking? And were the viruses hitchhiking on droplets or aerosolized mists?”

Meanwhile, “a forgiving public shrugged that science is never absolute but on a constant learning curve and the domain of the most moral and learned among us — thus deserving a tolerance of error not extended to natural skeptics of other topics,” Hanson wrote.

“So, what explained the paradox of near paranoia to some inquiries but magnanimous tolerance of other absurdities? Usually, one of three explanations suffice — or sometimes all three together.”

First: “To the degree an issue involved Donald Trump, the media and political consensus were predictable. He was for the experimental use of hydroxychloroquine; therefore, the drug must be seen as analogous to early uses of mercury or arsenic. If the Chinese lab was at fault, then Trump was deemed less culpable. So the lab was not at fault.”

Second: “We were to worship at the altar of Lord Pessimism. The more the numerators of death increased at a rate not matched by the denominators of positives, the higher the virus’s lethality appeared, and the more the public would be willing to put up with Draconian lockdowns. The problem with the Stanford researchers and other antibody researchers was that if they were correct, then quarantines might be loosened a bit and normality might return sooner. And so they were not correct.”

Third: “The subtext to the entire array of virus issues soon became the November 2020 election. The exalted left-wing hopes in Robert Mueller and impeachment were crushed on the eve of the epidemic. The coronavirus was soon seen as the magic X-ray machine that finally might penetrate Trump’s lead shield and reveal to the clueless voter the diseased organs of incompetence, pathology, and narcissism beneath.

“A wearied Joe Biden, exhausted from the campaign, was supposed to recuperate at home. Refreshed, he was to be courted in photo-ops by would-be diversity vice presidents. Biden would issue daily folksy fireside chat takedowns of Trump’s buffoonery, as only ol’ Joe from Scranton could.

“But the more Biden rested at home, the more he appeared exhausted and enfeebled—and the more his impromptu and teleprompted lapses terrified the Democratic establishment that they had not chosen a soaring eagle to talon Trump, but an albatross now hanging around their collective neck.

“As a result, a virus became the opposition candidate of sorts. The scarier COVID-19 became, the more the need to shut down the nation, the more likely the economy would tank, the more it became certain that Trump would face a lose-lose decision in late April, as his win-win critics would either damn him as a latter-day Herbert Hoover who wrecked a booming economy or some sort of odious Wall Street financier who put profit over lives.”

Hanson continued: “Either way, The New York Times will soon have pictures of the dead, with captions insisting the infected died due to Trump’s premature return to normal, or committed suicide given his needlessly long lockdown that wiped out small businesses.

“Lost in all this conundrum were legitimate questions of the virus’s genesis, spread, and innate nature, China’s responsibility for deceiving the world and its culpability for thousands of deaths, the chronic confusion of bureaucracies — and any sense that the coronavirus was a deadly collective enemy rather than a partisan wedge.”