Some in the Black Lives Matter movement have said they would not limit their rioting to big cities, with one even warning “We’re bringing it to your front door!” 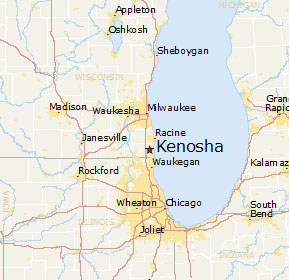 A homeowner fired off a warning shot, sending the mob scattering, according to a post on social media.

“This dude is shooting at us!” a member of the mob is heard saying in the video posted to Twitter.

The Gateway Pundit’s Cristina Laila noted: “Black Lives Matter and Antifa are in for a rude awakening. Americans who live in the suburbs and rural areas are armed and won’t put up with their looting and violence.”

Though the major media won’t report on such incidents, independent media have chronicled several stories of Americans standing up to, and even turning away, BLM and Antifa mobs.

In a video posted on July 28, Berthoud, Colorado residents shouted “Keep moving! Get outta here!” as a mob of leftists were driven out of town with an escort of mounted police.

Tim Davis, a resident of Springfield, Oregon who is affiliated with the group The American Patriots Society, said: “The only thing that keeps the level of violence we’re seeing in Portland from happening here is they simply do not have the numbers to do that here, and because we have been coming out, meeting them and facing them down. We’re not going to allow it.”

A homeowner in Milwaukee, Wisconsin fired a warning shot at protesters in his neighborhood. pic.twitter.com/YAEHDfcBBk