The rest of the story: Major news developments on the border not being reported

While the major media focuses on family separations and the conditions in immigrant shelters, it ignores rampant drug smuggling and thousands of criminal aliens pouring in through the U.S.-Mexico border, a government watchdog group said. 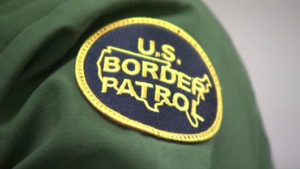 The border “remains a cesspool of crime where federal agents have confiscated more than 360,000 pounds of drugs, arrested thousands of individuals with criminal convictions and busted hundreds of violent gangbangers so far this year,” Judicial Watch noted in its Corruption Chronicles blog.

Through the end of May, the Department of Homeland (DHS) reported that it seized 360,241 pounds of marijuana, 7,205 pounds of methamphetamine, 5,321 pounds of cocaine, 315 pounds of heroin and 309 pounds of fentanyl.

DHS also encountered 18,568 criminal aliens, including more than 500 MS-13 gang members. Many of the criminal aliens have been convicted of felonies such as assault, battery and domestic violence as well as burglary and possession of illegal weapons, DHS said.

In the past few weeks, “as media coverage focuses almost exclusively on the separation of illegal alien families, Border Patrol sectors tasked with guarding the 2,000-mile southern border report large quantities of smuggled drugs and other illicit activity from Mexico,” Judicial Watch noted.

In the same week, federal agents in Hidalgo Texas confiscated nearly $3 million worth of methamphetamine and agents in nearby Pharr discovered a commercial trailer moving more than half a million dollars in heroin from Mexico.

This week, officers in New Mexico seized more than $1.1 million in narcotics smuggled in a wrecked vehicle and violent gangbangers were captured by Border Patrol in Arizona, California and Texas. One of the men, a Mexican national arrested in El Centro California, was convicted of child molestation. Another Mexican national apprehended near San Ysidro California  was convicted of murder and served more than three decades in prison, DHS said in a press release. Two of the illegal immigrants – one arrested in Three Points Arizona and the other in McAllen Texas – are members of the MS-13.

A Honduran man, convicted of raping a child, was caught trying to re-enter the U.S. through the Eagle Pass station in Texas. The man is a registered sex offender in Houston who got deported after serving a five-year sentence.

Judicial Watch said it “spent a few days on the U.S.-Mexico border last week and spoke to Border Patrol and U.S. Customs officers who say the vast majority of kids arriving from Mexico are either totally unaccompanied or with adults that are not their parents.”

In a June 18 White House press briefing, DHS Secretary Kirstjen Nielsen said illegal immigrants are separated if there’s no documentation to confirm the claimed relationship between an adult and a child or if the parent is a national security, public or safety risk, including when there are criminal charges at issue. “We also separate a parent and child if the adult is suspected of human trafficking,”

Nielsen said. “There have been cases where minors have been used and trafficked by unrelated adults in an effort to avoid detention. And I’d stop here to say, in the last five months, we have a 314 percent increase in adults and children arriving at the border, fraudulently claiming to be a family unit.”