The “Deep State” is out of control, and watchdog organization Judicial Watch is taking legal action to stop it.

Washington’s media and top investigative agencies gave a pass to Hillary Clinton’s collusion with Russia and the Clinton Foundation as well as to the felonious and non-stop leaking of intelligence that have targeted a duly-elected president of the United States. 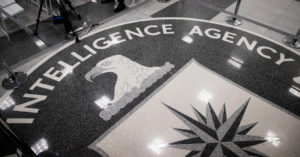 Now, Judicial Watch has filed a lawsuit against the CIA, Department of Justice and Treasury Department seeking records and communications on intelligence leaks.

“Washington doesn’t want what the American people want,” Judicial Watch said in its appeal to help “expose the Deep State” by signing a petition.

“There is a deep state, shadow government, in place, a government staffed by recent appointees or hires of Obama. There are lots of Democrats in the bureaucracy, and lots of Republicans, who think they know better than President Trump and are willing to thwart the rule of law.

“It’s not just Republican vs. Democrat or Conservative vs. Liberal. It’s the Washington Establishment vs. the people!”

“They will go to virtually any lengths to maintain the status quo and the public corruption that erodes our Constitution. We’ve seen this with the reckless disclosure of communications intelligence information aimed at destroying President Trump’s national security advisor, Lieutenant General Mike Flynn.

“This is all part of a political smear job by the Washington establishment who are rightly terrified of President Trump and the ‘swamp draining’ that he has promised. They are actively organizing against him and subverting the rule of law!

“Fortunately, Judicial Watch aims to get to the truth behind these crimes. We filed a lawsuit against the CIA, the Department of Justice, and the Treasury Department for records on these illegal leaks!”