Republicans have been casting about for a viable alternative to Mitt Romney. Many now believe Mr. Gingrich should be the GOP’s 2012 presidential nominee. They are wrong.

Mr. Gingrich has excellent qualities. He is a formidable debater, articulate and possesses a strong grasp of policy. In fact, the Georgia Republican has won nearly every debate. And this is his central appeal: He will crush President Obama on the debating stage. Mr. Gingrich has challenged Mr. Obama to a series of Lincoln-Douglas-style presidential debates. If he foolishly accepts, Mr. Obama will be exposed as a socialist charlatan to the American public. Conservatives are — understandably — salivating at that prospect. 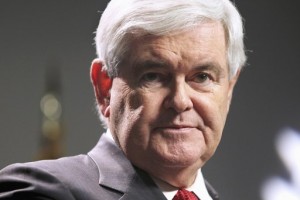 Yet, Mr. Gingrich has fatal flaws. Contrary to his reputation, he is not a principled conservative. Rather, he is a corporatist Republican, who for decades has championed globalism, free trade and open borders. He supported the 1986 amnesty bill. During the 1990s, he touted the benefits of massive immigration, NAFTA and economic globalization. The results have been disastrous: the loss of millions of manufacturing jobs, the erosion of national sovereignty and the dissolution of our distinct cultural identity.

Like his hero, the late Jack Kemp, Mr. Gingrich is a philosophical materialist. He believes American exceptionalism is based on endless economic growth and consumerism, a kind of cotton-candy conservatism. Nationalism, the culture wars, faith and family — Mr. Gingrich has repeatedly downplayed these crucial issues. They don’t play well with his lobbyist and think tank friends.

Moreover, similar to Mr. Romney, Mr. Gingrich has repeatedly taken liberal positions. He has supported a health-care individual mandate — the very thing he denounces in ObamaCare.

Several years ago, he embraced man-made global warming and called for sweeping “government action.” He has received lavish payments from the ethanol industry, advocating that billions of taxpayer dollars continue to fund the massive boondoggle — one that even Al Gore admits is a waste of money. Mr. Gingrich has demanded public subsidies for working-class citizens to purchase health insurance. Along with then-Sen. Hillary Clinton, he emphasized the need for strict federal oversight of education — usurping power from the states.

During the 1990s, the Gingrich Republicans raided the Social Security trust fund to help achieve balanced budgets. He also sanctioned corporate welfare, huge agricultural subsidies and increased public spending. There was nothing “fiscally conservative” about his tenure as House speaker. The budget surpluses were due not to cuts in government expenditures, but the high-tech bubble causing an upsurge in tax revenues.

Outside of welfare reform, his accomplishments were minimal — and even then, it was because many Congressional Democrats had finally come around to backing it. He was consistently outmaneuvered by President Bill Clinton. It is largely why he was dumped from the speakership in 1998.

Mr. Gingrich continues to be a phony conservative. This summer he attacked Rep. Paul Ryan’s House budget, denouncing its plan for Medicare reform as “right-wing social engineering.” It’s no accident Mr. Gingrich took aim at the Wisconsin Republican: Mr. Ryan is one of the few on Capitol Hill truly serious about slashing spending and curbing entitlements.

Moreover, Mr. Gingrich is not a reformer but a consummate Washington insider — a man who has learned to exploit and use the corrupt system to his financial advantage. For years, he defended government-sponsored entities, such as Fannie Mae and Freddie Mac, the housing giants responsible for the 2008 financial crises. As other conservatives urged sweeping reforms and the dismantling of Fannie and Freddie, Mr. Gingrich peddled the fantasy of “an ownership society” — arguing that expanding the number of people who owned homes would lead to greater stability and prosperity. In exchange, Mr. Gingrich’s firm was paid over a million dollars. He was (like many other Democrats and Republicans) in political bed with these destructive, corrupt behemoths. That’s not leadership; it’s cronyism.

Recently, he said that some illegal immigrants should be given legal status — especially, those living here for decades, have no criminal record and maintain deep ties in the community. Mr. Gingrich claims partial legalization is “humane” — implying that opponents are somehow lacking in compassion. This alone should disqualify him. It is not inhumane to uphold the most sacred principle in a constitutional republic: the rule of law. Granting a path to legal status for millions of aliens will reward law-breaking and serve as an incentive for countless more to come.

Ultimately, Mr. Gingrich is a Republican version of Mr. Clinton. Both men share numerous similarities. Both rose to national leadership during the immediate post-Cold War era, presiding over America’s holiday from history. Both are policy wonks, who lack a moral and ideological core. Both have been plagued by sexual promiscuity and adultery. Both are arrogant bullies and narcissists. Both are polarizing figures loathed by their opponents. And both lack the character and self-restraint necessary to be an effective president.

Mr. Clinton survived two terms in office. However, he destroyed the liberal brand, was mired in constant scandals and betrayed America to its enemies — communist China, economic globalism and radical Islam. Mr. Gingrich poses a similar temptation for the GOP. His presidency would abandon almost every conservative principle: family values (he is on his third marriage), real spending cuts, entitlement reform, privatizing Fannie and Freddie, amnesty, the unholy alliance between big government and big business, perpetual nation-building and Wilsonian internationalism.

The quest to defeat Mr. Obama does not mean we have to sell out all that we stand for. Despite his rhetorical flamboyance, Mr. Gingrich is the wrong man for the wrong job at the wrong time. If conservatives embrace him, they will be defending the indefensible and will damage their brand for years to come.

The GOP’s Bill Clinton: Wrong for conservatives, wrong for America added by Editor One on December 2, 2011
View all posts by Editor One →