The war between the urban globalists and the regional nationalists in the United States has moved into a second year, and a second phase.

Superficially, the ongoing skirmishes between U.S. President Donald Trump and the combined forces of the Democratic Party and much of the U.S. media have seemed merely, well, unseemly. It is intended to appear that way. 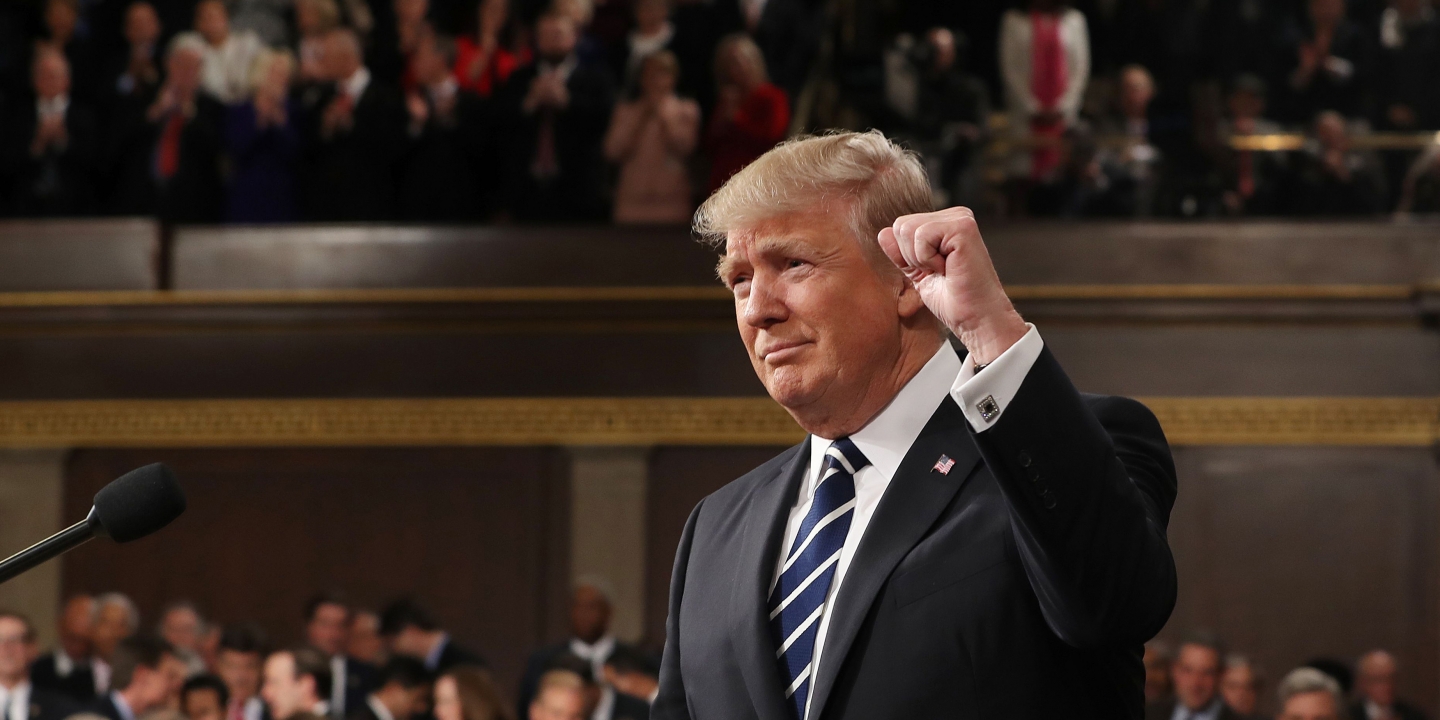 Each side seeks to belittle, trivialize, and ridicule the other; and the core electoral bases on each side galvanize behind such characterizations.

But the reporting is essentially misleading. What is occurring is, in fact, a serious war between an entrenched establishment and a president who was elected to change the status quo.

The war may not be over until one side or the other is destroyed in some form or other, or unless one side is co-opted. It is likely to be an extremely messy process, in which most of the activities and even causes are obscured by a partisan media. In essence, however, it is difficult for either side to relent. President Trump feels that he has been elected and empowered to act to disrupt an increasingly urban-centric, anti-national establishment. And that “establishment” feels equally that it must stop President Trump from disrupting its sense of entitlement and process.

And while the visible part of the spectrum appears to be played out in the media on issues of style, it is within the discreet areas of the intelligence, security, and justice communities that the war is being truly fought. The outcome, of course, impacts the international community, given the weight of the US in global power and economic structures.

The urban, globalist element of the current war — centering around the media, much of the Democratic Party and some of the Republican Party, and the bureaucracy — based its rationale during the first year of the Trump Presidency around rejection of President Trump on the premise that he had conspired with a foreign power, Russia, to manipulate the course of the U.S. Presidential election in November 2016. And this became the basis for legal actions indirectly to depose President Trump.

But, by early 2018, it was becoming apparent that any Russian attempts to interfere with or influence the U.S. Presidential elections of Nov. 8, 2016 — to the extent that they occurred — may have actually favored Democratic Party candidate Hillary Clinton rather than Republican candidate Donald Trump.

At the same time, actual interference in the election process may have more significantly occurred as a result of separate — perhaps inadvertent — activities by the British intelligence services, the Secret Intelligence Service (SIS/MI6) and technical surveillance agency GCHQ (Government Communications Headquarters), to favor Mrs. Clinton. and disadvantage candidate Trump.

That phase of “the war against Trump”, however, was over, effectively, as of Feb. 16, 2018. On that date, the Special Counsel Investigation into possible Russian influence in the U.S. 2016 Presidential election, headed by former Federal Bureau of Investigation (FBI) Director Robert Mueller came to the conclusion that no US persons had conspired with Russians to pervert the course of the U.S. election, but that 13 Russian citizens and three Russian entities had done so. Indictments against those Russians were issued, and the individuals and entities named.

The very naming of the 16 Russian subjects of the indictments was clearly for the purpose of the Mueller investigation “declaring victory so that it could go home”. It had been defeated. Even naming the Russian subjects of the indictments was pure theater: normally, the U.S. Justice Dept. would keep indictments of foreign officials sealed so that the subjects could be arrested upon unwitting entry into the U.S. On this occasion, the names were made public, ensuring that they would not, in fact, be arrested because they would not enter the US with such indictments hanging over them.

Even the validity of the indictments was very much open to question.

So, with the first phase of “the war against Trump” now over, the “war” has begun to move to Phase Two: the orchestrated, and extremely well-financed campaign to produce one smear after another of President Trump for alleged payoffs of prostitutes or strippers. This phase of the war began just as Mueller was wrapping up his special investigation of the alleged collusion between the Trump team and the Russian Government to interfere with the 2016 election.

Now the blowback is likely to begin against key individuals within the US Federal bureaucracy who had helped create the war against Trump. It is possible that key officials of the Justice Department, the FBI, and other elements of the Intelligence Community may themselves face disciplinary or legal action. And that, too, has international ramifications.

At the same time, events conspired to put the FBI on the back foot. On Feb. 14, 2017, a teenager shot and killed 17 students and staff at his former high school in Parkland, Florida. It transpired that the FBI had received explicit warning of the shooter and his likely behavior, and had not acted on that warning. This resulted in a groundswell of public calls for the resignation of FBI Director Christopher Wray.

Phase Two of the war against Trump is now playing out. But it is important to not allow that media event to overshadow the reality that the events of Phase One will need to be dealt with by the Trump White House if the US Intelligence Community (IC) is to be brought back into line. If it is not, there is a strong likelihood that the pro-Trump elements resisting the “war against Trump” would push for their own campaign against what they are calling the “deep state” elements within the IC and Justice system.