The 2nd American Civil War? ‘I vote, and I buy guns’

The Unites States may be nearing a point “comparable to 1860,” about one year before the first shots were fired at Fort Sumter, South Carolina, some pundits and historians are saying.

“How, when, and why has the United States now arrived at the brink of a veritable civil war?” Victor Davis Hanson, a historian with Stanford University’s Hoover Institution, asked last summer in an essay for National Review. 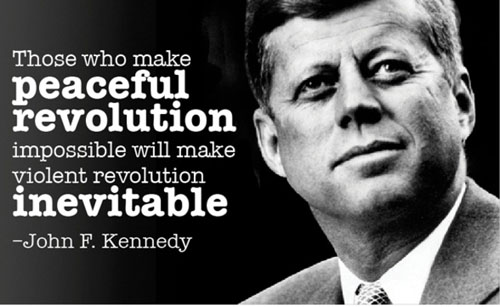 “Americans increasingly are either proud of past U.S. traditions, ongoing reform and current American exceptionalism, or they insist that the country was hopelessly flawed at its birth and must be radically reinvented to rectify its original sins,” Hanson wrote.

Former U.S. attorney Joseph diGenova said in an appearance on Fox News last week that “We are in a civil war. The suggestion that there’s ever going to be civil discourse in this country for the foreseeable future is over. … It’s going to be total war.”

DiGenova told host Laura Ingraham that his best advice to friends is: “I vote, and I buy guns. And that’s what you should do.”

Following his comments to Ingraham, diGenova told The Washington Post that the United States is in a “civil war of discourse . . . a civil war of conduct,” which as been triggered mostly by liberals and the media’s coverage of the Trump presidency.

An October 2017 poll conducted by the company that makes the game Cards Against Humanity, in partnership with Survey Sampling International, found that 31 percent of Americans believed a civil war was “likely” in the next decade. More than 40 percent of Democrats described such a conflict as “likely,” compared with about 25 percent of Republicans.

Hanson noted that “No sphere of life is immune from the subsequent politicization: not movies, television, professional sports, late-night comedy or colleges. Even hurricanes are typically leveraged to advance political agendas.”

Immigration, Hanson noted, “has always been America’s great strength. Assimilation, integration, and intermarriage within the melting pot used to turn new arrivals into grateful Americans in a generation or two. But when immigration is often illegal, not diverse and massive, then Balkanization follows.”

Unlike the past, “America often does not ask new immigrants to learn English and assimilate as quickly as possible,” Hanson wrote. “Immigration is instead politicized. Newcomers are seen as potentially useful voting blocs.”

Hanson continued: “Tribalism is the new American norm. Gender, sexual orientation, religion, race and ethnicity are now essential, not incidental, to who we are. Americans scramble to divide into victimized blocs. Hyphenated and newly accented names serve as advertisements that particular groups have unique affiliations beyond their shared Americanism.”

Steve Bannon, former chief strategist in the Trump White House, told CBS News: “I think that 2019 is going to be the most vitriolic year in American politics since the Civil War, and I include Vietnam in that.”

Former Trump attorney Michael Cohen, in his congressional testimony last week, opined that “Given my experience working for Mr. Trump, I fear that if he loses the election in 2020 that there will never be a peaceful transition of power.”

Radio host Rush Limbaugh, in response to Cohen’s comment, said: “They gave him like two minutes to wrap up and he went through every media, Democrat talking point. We have to stop separating children at the border. Every lie these people believe, Cohen addressed it. There’s no doubt in my mind they have got something on this guy. They have put the fear of God in him about him and his family. But when he said this, that he really fears that there will not be a peaceful transition of power if Trump loses in 2020, what the hell does he think the last two years have been?

“We have not had a peaceful transition of power after the 2016 election! That’s what’s going on here! We’re in the midst of a coup that is still underway! We’re in the midst of a bunch of people who were not elected trying to overthrow a duly elected president. And this is the second time they’re trying this. In that presidential debate when Trump said on that day he would not accept – it was a hypothetical. If you lose, are you gonna concede? ‘I’m not gonna tell you that now. I don’t know what’s gonna happen on Election Day.’ So Hillary Clinton starts losing her cookies talking about how Donald Trump, biggest threat to democracy, refusing to acknowledge that he will lose and will concede and so forth. We have been dealing with two years of an unpeaceful transition of power! That’s exactly what this has been! And it isn’t Trump that’s doing it!”

Hanson wrote: “Will America keep dividing and soon resort to open violence, as happened in 1861? Or will Americans reunite and bind up our wounds, as we did following the upheavals of the 1930s Great Depression or after the protests of the 1960s?

“The answer lies within each of us.

“Every day we will either treat each other as fellow Americans, with far more uniting than dividing us, or we will continue on the present path that eventually ends in something like a hate-filled Iraq, Rwanda or the Balkans.”