Texas GOP resolution: ‘We reject the certified results of the 2020 Presidential election’

After viewing a screening of Dinesh D’Souza’s “2000 Mules” two days earlier, the Texas Republican Party on June 18 passed a resolution which rejects the “certified results of the 2020 Presidential election.” 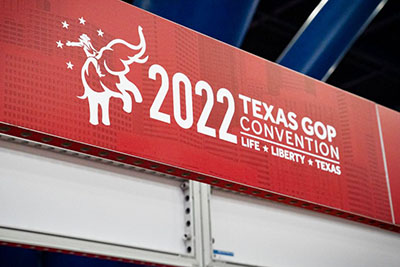 “We believe that the 2020 election violated Article 1 and 2 of the U.S. Constitution, that various secretaries of state illegally circumvented their state legislatures in conducting their elections in multiple ways, including by allowing ballots to be received after November 3, 2020,” states the resolution passed at the Texas GOP’s 2022 Convention in Houston.

“We believe that substantial election fraud in key metropolitan areas significantly affected the results in five key states in favor of Joseph Robinette Biden Jr. We reject the certified results of the 2020 Presidential election, and we hold that acting President Joseph Robinette Biden Jr. was not legitimately elected by the people of the United States,” the resolution states.

The resolution also called on Republicans and conservatives in the Lone Star State to work to “overwhelm” any possibility of voter fraud in the 2022 midterms.

“We strongly urge all Republicans to work to ensure election integrity and to show up to vote in November of 2022, bring your friends and family, volunteer for your local Republicans, and overwhelm any possible fraud,” the resolution states.

The platform approved by the Texas GOP at the convention in Houston also recommends numerous measures to bolster election integrity, including implementing voter photo ID and in-person voting and tightening the voter registration process.

Other issues endorsed in the state Republicans’ latest platform include a call to abolish abortion, preserve gun rights, remove Marxist ideology and critical race theory from schools, and ban gender modification of children.

Texas GOP resolution: ‘We reject the certified results of the 2020 Presidential election’ added by Editor Two on June 21, 2022
View all posts by Editor Two →