The first phase of the project will begin immediately, the company said in a statement issued on Feb. 23. Noble Energy said it expects the first gas to flow in 2019. 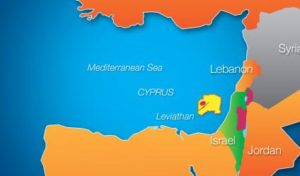 Leviathan, discovered in 2010 in the Mediterranean Sea west of Haifa, is estimated to hold 16 trillion to 18 trillion cubic feet of gas.

Nobel is working in partnership with the Israeli firm Delek Drilling on the Leviathan project.

“This is a day of good news for the Israeli economy and Israeli citizens,” he tweeted. “The process will provide gas supply to Israel, and will advance cooperation with regional states.”