Team BLM: All but two on women’s soccer squad take a knee

Who exactly will the so-called U.S. women’s soccer team be representing at the Tokyo Olympics?

That was made pretty clear on July 5 when all but two of the team members took a knee during the national anthem while the entire squad wore warmup jerseys emblazoned with Black Lives Matter.

So, obviously, some lives don’t matter to the so-called U.S. women’s soccer team. In 2020, The Washington Post reported that Nike, which has a long history of using child labor, purchased a factory in China that relies on forced labor from Uyghurs.

Some critics say it is only fitting the so-called U.S. women’s team will be playing before empty stadiums in Tokyo as Japan has banned spectators from the Olympic Games. 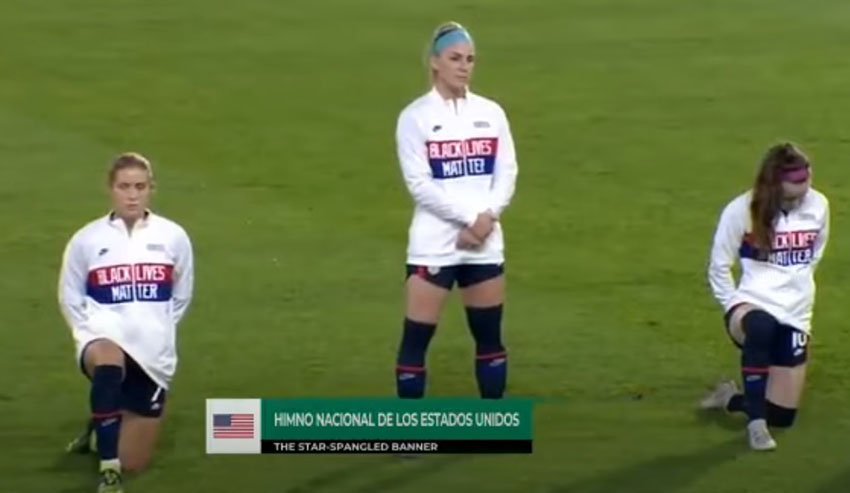