Under the current administration’s Department of Veterans Affairs, U.S. taxpayers will foot the bill for any veteran who desires to undergo gender reassignment surgery.

“We are taking the first necessary steps to expand VA’s care to include gender confirmation surgery — thereby allowing transgender vets to go through the full gender confirmation process with VA at their side,” VA Secretary Denis McDonough said Saturday. 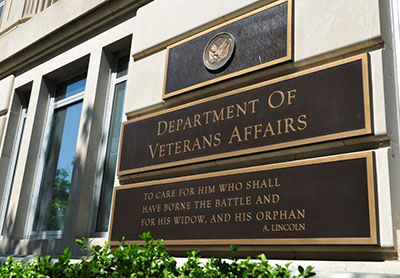 “There are several steps to take, and that will take time,” McDonough said. “But we are moving ahead, methodically, because we want this important change in policy to be implemented in a manner that has been thoroughly considered to ensure that the services made available to veterans meet VA’s rigorous standards of quality health care.”

Critics of the transgender policy say Team Biden should focus on improving a system that has failed many thousands of injured and sick American veterans.

In 2015, the VA issued a report admitting that 307,000 veterans had died while waiting for the agency to process their enrollment requests.

Additionally, tens of thousands of American veterans are homeless.

Joe Biden and the VA’s McDonough “should be less focused on winning the culture wars and more focused on helping the veterans who are suffering from the actual wars,” said House Veterans’ Affairs Committee Ranking Member Rep. Mike Bost, Illinois Republican.

“Congress has been waiting for months for them to come to the table and help us deliver care and benefits to toxic-exposed veterans who are sick and dying. We have gotten no response,” Bost said. “Yet, somehow they found time to decide that taxpayers should pay for gender transition surgeries at VA medical facilities.”

“Advocating for taxpayer-funded gender transition surgeries is an absolute disgrace,” Rosendale said in a statement to Fox News. “This is yet another radical policy proposal by an administration with no concern for the reality of its harmful effects on those suffering from mental illness who have sacrificed for our country.”

In January, Biden signed an executive order lifting the ban on most transgender people serving in the military.

Biden “believes gender identity should not be a bar to military service and that America’s strength is found in its diversity,” White House Press Secretary Jen Psaki said at the time. “America is stronger around the world when it is inclusive.”