As Team Biden pushes for new masking rules and mandating vaccines among American citizens, it is releasing thousands of illegal immigrants infected with Covid-19, reports say.

Police in the Texas border city of La Joya have warned citizens that groups of migrants who have tested positive for the virus are being released by Border Patrol into their community. 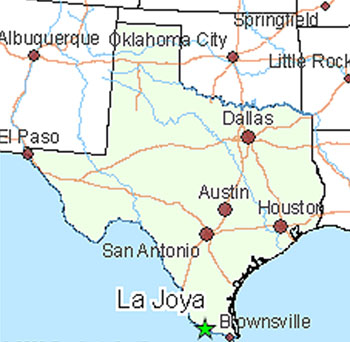 On Monday afternoon, the La Joya Police Department reported that local authorities responded to a Whataburger restaurant where witnesses said a group of people who were not observing health guidelines were coughing and sneezing without covering themselves. Inside, the manager told police that he wanted the people in question to leave.

When approached by authorities, the group said they were migrants who had been apprehended and released by Border Patrol. According to the statement from La Joya Police, the migrants said they were “released because they were sick with COVID-19.”

Breitbart Texas reporter Ildefonso Ortiz noted the migrants “had been staying at a local hotel which was completely booked by Catholic Charities of the Rio Grande Valley to house migrants. Inside the hotel, authorities found between 20 to 30 migrants not wearing masks or observing any quarantine measures.”

La Joya police Sgt. Manuel Casas told Fox News that the migrants didn’t have documentation to prove they had tested positive for the virus.

Casas also said that local police don’t have the authority to prevent the immigrants from leaving the hotel and going elsewhere in the U.S.

Meanwhile, NBC News reported on July 28 that whistleblowers have said they were told to downplay a Covid-19 outbreak among migrant children at a shelter in Fort Bliss, Texas.

NBC News reported that two new whistleblowers had come forward to discuss the conditions of children being kept in migrant facilities under the Biden administration. The new whistleblowers said in a complaint: “Covid was widespread among children and eventually spread to many employees. Hundreds of children contracted Covid in the overcrowded conditions. Adequate masks were not consistently provided to children, nor was their use consistently enforced.”

The whistleblowers, Arthur Pearlstein and Lauren Reinhold, added that HHS public affairs officials told them “when asked, to make everything sound positive about the Fort Bliss experience and to play down anything negative.”

Texas Republican Gov. Greg Abbott on Wednesday issued an executive order giving state police the power to stop and turn back vehicles — particularly buses — carrying illegal immigrants who were caught at the border and then released by the Biden administration.

Abbott said thousands of illegal immigrants being caught are quickly released by Team Biden’s Homeland Security agents every week, saying there’s evidence the illegals are a significant source of spread of the coronavirus.

Abbott said under a federal public health emergency order, known as Title 42, all illegal border crossers are supposed to be immediately expelled to prevent the spread of Covid. But under the Biden administration, a large number of migrants are instead being caught and released, he said.

They are boarding buses and airplanes to head deeper into the U.S., where they risk further spread of the virus, Texas officials warned.

Abbott justified his order by pointing to the federal government’s own warnings about the delta variant of the coronavirus, which is thought to be more contagious, and to the lower rates of vaccination in the key countries sending migrants to the U.S.

“Biden’s failure to enforce the Title 42 order, combined with his refusal to enforce the immigration laws enacted by Congress, is having a predictable and potentially catastrophic effect on public health in Texas,” Abbott said in his order.