As illegals continue to pour across the U.S. southern border with little to no vetting, Joe Biden for the second time since being installed in the White House is looking to divert Customs and Border Protection (CBP) officers from the U.S. border crisis to an overseas conflict. 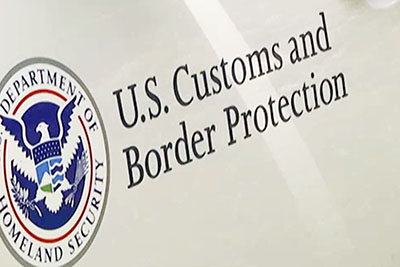 Six months after a similar effort to process Afghan refugees after the bungled U.S. withdrawal, Biden is asking CBP agents to volunteer their time to help process people fleeing the Russian invasion of Ukraine, Just the News reported on Feb. 24.

Just the News obtained a memo sent to the CBP’s office of field operations in which border agent volunteers were sought to deploy immediately to Poland for “Operation Ukraine Support.”

“The Office of Field Operations is seeking volunteers to assist with the possible evacuation of U.S. citizens, lawful permanent residents, and their immediate family members from Ukraine,” the memo sent to field operations executives said.

“Eligible employees who volunteer for this situation may be selected to serve a temporary duty assignment in Poland to facilitate travelers for entry into the U.S., to include providing guidance and problems resolution to other government agencies.”

The memo said volunteers need to be ready to deploy “within 2-3 days” of selection and should plan for about a month’s work overseas.

“Once deployed employees are expected to perform all assigned duties and may be required to work irregular shifts and schedules, up to seven days per week including holidays and weekends,” the memo cautioned, offering volunteers overtime pay.

Meanwhile, record numbers of illegals continue to enter the U.S. through the southern border. CBP logged approximately 153,941 migrant encounters along the southern border last month, according to court documents obtained by Fox News. Iin December, the number was 178,840.

The figures also indicate that border officials, in accordance with Biden’s open-borders policies, released at least 62,573 into the U.S. last month alone. Most of these migrants were likely instructed to show up to U.S. Immigration and Customs Enforcement across the country but a large number of them will likely fail to report.