Taiwan produces evidence it warned WHO of coronavirus in December

Taiwan’s government emailed a letter to the World Health Organization (WHO) in December warning of a breakout of “atypical pneumonia” in China in which infected persons had been isolated for treatment.

Taiwanese officials say the letter is evidence that the WHO had reason to believe early on that the Wuhan coronavirus was contagious, Fox News reported on Monday. 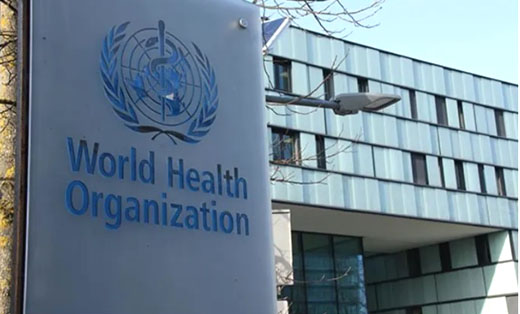 The WHO denied that Taiwan had alerted it to a contagious disease. However, during an April 11 press conference, Taiwanese Health Minister Chen Shih-Chung published the email letter Taiwan sent to the WHO in December.

“News resources today indicate that at least seven atypical pneumonia cases were reported in Wuhan, CHINA,” the email, from Central Epidemic Command Center (CECC), read. “Their [China’s] health authorities replied to the media that the cases were believed not SARS [Sudden Acute Respiratory Syndrome, the disease typically associated with the phrase ‘atypical pneumonia’]; however the samples are still under examination, and cases have been isolated for treatment.”

“I would greatly appreciate if you have relevant information to share with us,” the Taiwanese official’s message concluded.

Initially facing criticism for ignoring Taiwan’s warnings late last year, WHO officials claimed that, in Taiwan’s message, “There was no mention in the message of human-to-human transmission.”

Taiwan’s Centers for Disease Control noted that there is no other reason to isolate patients than to prevent a communicable disease from spreading.

Health Minister Chen made the same point during the April 11 press conference.

Related: Taiwan says its December warnings on coronavirus were ignored by China-friendly WHO, March 22, 2020

Prior to the publication of the message, representatives of the Taiwanese government had repeatedly noted that they attempted to reach out to the WHO and urge it to use its communications arms to alert the world to a new Chinese disease.

“Taiwan did report our concern on the severity of coronavirus last December to the WHO,” Taiwan’s Economic and Cultural Representative Office in the United States (TECRO) told Breitbart News last month. “But as a rule, our reporting is always a one-way street. WHO mostly ignored our messages and never shared information as they do to other countries.”

China holds significant influence at the WHO and has continued to block Taiwan’s membership in the United Nations health body.

WHO Director-General Tedros Adhanom Ghebreyesus, whose election to head the WHO was due in large part to China’s support, has been widely criticized for actions that appeared to help China downplay the outbreak, delaying the international response as a result.

On Jan. 14, weeks after Taiwan’s health authorities sent the email, the WHO published a message on Twitter citing Chinese Communist Party (CCP) officials claiming that the coronavirus was not transmissible among human beings.

Since Taiwan’s warning, “the virus has since been proven to be so contagious that most of the world’s nations have forced entire populations into lockdown, threatening citizens to stay in their homes and not come into contact with other people,” Breitbart News noted.

Taiwan is among the nations least affected by the virus due to early action to limit travel from China.

During a Jan. 30 meeting of the World Health Organization (WHO) in Geneva, a group of doctors and medical experts recommended travel bans to help stop the spread of the Wuhan coronavirus but were turned away by WHO bureaucrats, a report said.

A report by Australia’s Sky News revealed WHO officials met with the medical experts to discuss a response to the coronavirus, which at the time was spreading from China to the United States, Italy, Iran, and South Korea. The report is based on the meeting’s official records.

“[WHO] actually decided not to go ahead with [travel ban recommendations] and not declare a global health emergency but there were a few dissenting voices. So the official meeting records say there was a divergence of views but they won’t actually go into detail about who was trying to block it. But there were doctors there who wanted to issue travel bans and the World Health Organization blocked it.”

In early and late February, while thousands of coronavirus cases were confirmed across the world, WHO bureaucrats continued to urge nations not to impose travel bans.

“WHO continues to advise against the application of travel or trade restrictions to countries experiencing COVID-19 outbreaks,” said an official WHO statement from Feb. 29.

Meanwhile, U.S. President Donald Trump announced on April 14 that he has officially cut off America’s funding for the WHO.

The U.S. has been the single largest donor to the WHO for many years. It contributes more than $400 million annually, while China contributes just $40 million, the president said. Trump has repeatedly criticized the WHO for being too “China-centric” in recent weeks.

“The WHO’s reliance on China’s disclosures likely caused a twenty-fold increase in cases worldwide, and it may be much more than that,” Trump said. “The WHO has not addressed a single one of these concerns nor provided a serious explanation that acknowledges its own mistakes, of which there are many.”