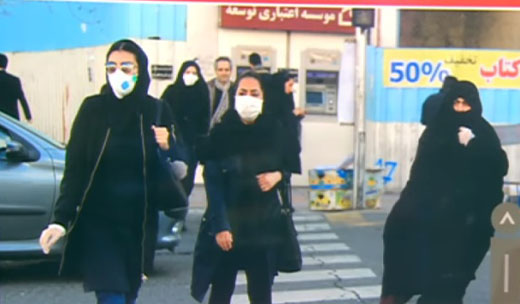 by WorldTribune Staff, March 3, 2020 The coronavirus is taking a heavy toll on high ranking government officials in Iran. As recently as last week, government officials in Teheran had downplayed the effects of the virus in the Islamic Republic. An activist group said that Wikipedia’s Farsi-language website appeared to be disrupted in Iran after […]

by WorldTribune Staff, November 7, 2019 The European Union said it is becoming “increasingly difficult” to preserve the Iran nuclear deal as Teheran continues to scale back its commitments under the deal. The EU on Nov. 5 criticized Iran’s announcement that it would resume uranium enrichment at its underground facility at Fordow. Iranian President Hassan […]

Special to WorldTribune.com WASHINGTON — The U.S. military has acquired a massive bomb designed to destroy underground nuclear facilities in Iran. Officials said the U.S. Air Force has taken delivery of a new bomb meant to penetrate and destroy underground facilities. They said the Air Force first received the Massive Ordnance Penetrator in September under […]