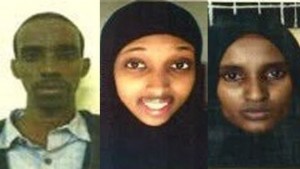 Special to WorldTribune.com Authorities in Kenya say they have foiled a “large scale biological terrorist attack.” Kenyan police arrested three members of an affiliate of Islamic State of Iraq and Levant (ISIL) who were allegedly planning to use anthrax in an attack in Kenya. The three arrested, married medical students Mohammed Abdi Ali and Nuseiba […]