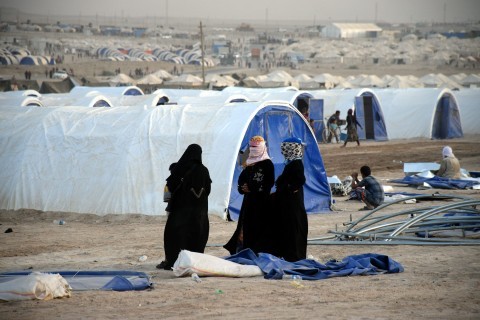 by WorldTribune Staff, June 22, 2016 While the battle for Fallujah, which Iraq had prematurely declared liberated, continues, survivors are telling harrowing stories of their escape from the brutal rule of Islamic State of Iraq and Levant (ISIL). Food supplies in Fallujah were low for months, with the city besieged by security forces and bombarded […]

Special to WorldTribune.com An entire district of the Syrian city of Aleppo was destroyed by Russian cluster bombs in attacks the UN said were “blatant violations of international law.” Video of the Feb. 15 attack was recorded and shows Russian warplanes dropping the cluster bombs on the city. Reports from the scene say the attacks […]