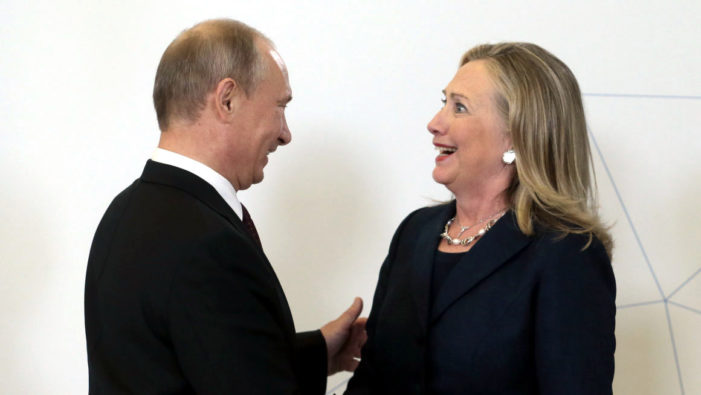 by WorldTribune Staff, December 19, 2016 Democratic Party leaders who are currently blasting Moscow’s alleged meddling in the 2016 elections and condemning President-elect Donald Trump’s supposed close ties to Vladimir Putin were not too long ago seeking “deepening ties” – and sometimes huge wads of cash – from the very same Russians. Hillary Clinton as […] 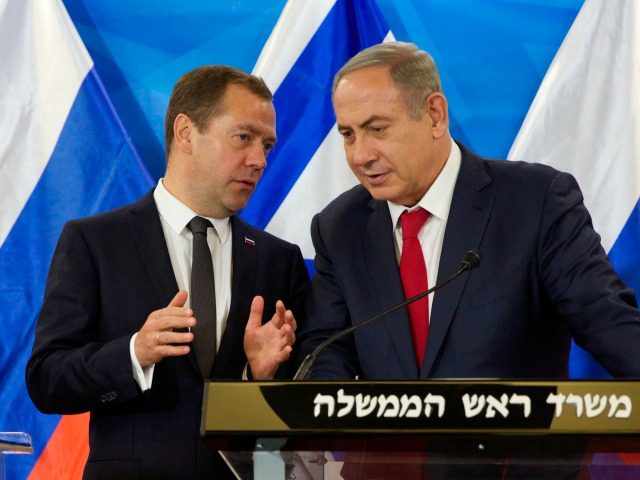 by WorldTribune Staff, November 11, 2016 Israel will not allow Iran to establish a military foothold in Syria “on the ground, in the air or at sea,” Israeli Prime Minister Benjamin Netanyahu said in a meeting with Russian Prime Minister Dmitry Medvedev on Nov. 10. Israel will also continue to intervene in Iran’s effort to […]

Special to WorldTribune.com After several deadly attacks on medical facilities, the humanitarian aid group Doctors Without Borders (MSF) will no longer share GPS coordinates on hospital locations with Russian and Syrian officials. “Healthcare in Syria is in the crosshair of bombs and missiles. It has collapsed,” Joanne Liu, MSF International president, told reporters in Geneva. […]

Special to WorldTribune.com Moscow has deployed a new patrol ship armed with long-range cruise missiles to Syria. The Zelyony Dol, which had just joined the Russian Navy’s Black Sea fleet in December, departed for the Mediterranean on Feb. 13, the navy said in a statement. “The goals of the ship are not public but considering […]

N. Korean response to Obama appeal at summit on blocking rocket launch: ‘No’

Special to WorldTribune.com By Donald Kirk, East-Asia-Intel.com SEOUL — President Barack Obama’s oratorical flights against North Korea’s plan to fire a long-range rocket next month may have pleased his South Korean hosts, but evoked little more than polite responses from the Chinese and Russians who exercise the most influence in Pyongyang. The failure of Team […]