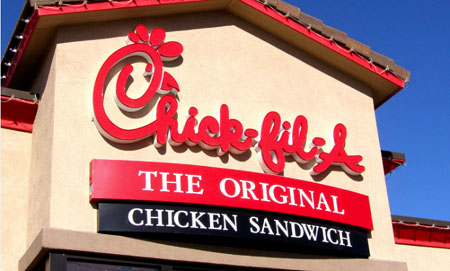 by WorldTribune Staff, February 25, 2020 Some say the best way to offend a leftist is to eat at Chick-fil-A. Students at the University of Kansas are getting a chance to test that theory. After the popular fast-food chain had the downright audacity to open a restaurant on the KU campus in Lawrence, students were […]

Jeffrey T. Kuhner The homosexual lobby wants to outlaw Christianity. This is the real meaning behind the uproar over Chick-fil-A. The chicken sandwich franchise has become a lightning rod for the culture war. Liberals despise it; conservatives back it. Supporters of gay marriage want to prevent the Atlanta-based chain from expanding, demanding new restaurant permits […]