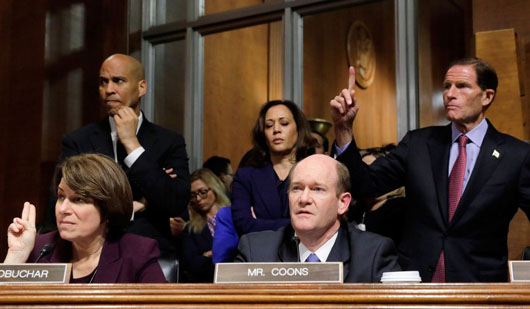 by WorldTribune Staff, October 10, 2018 All Democratic members of the Senate Judiciary Committee “would struggle to pass any form of basic background check to get even the lowest form of security clearance” due to connections they have to communist or Islamist front groups, a columnist wrote. “At least three members are proteges of wealthy […] 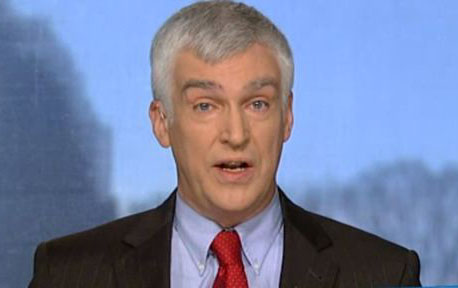 by WorldTribune Staff, June 4, 2018 The Trump administration is backing national security adviser John Bolton’s pick for National Security Council (NSC) chief of staff amid a “baseless … vengeful smear campaign” it says is being coordinated by the Southern Poverty Law Center (SPLC). Fred Fleitz, a former CIA analyst and WorldTribune.com Board of Advisors […] 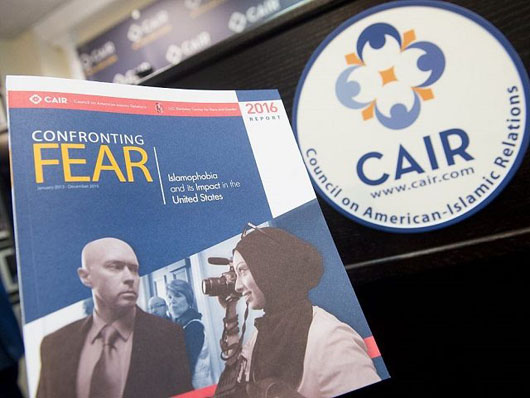 by WorldTribune Staff, March 26, 2018 A legal organization has filed a federal civil rights lawsuit against the San Diego Unified School District over an “anti-Islamophobia” curricula being taught by a group which critics say supports the Muslim Brotherhood terror organization. The Freedom of Conscience Defense Fund (FCDF) filed the suit on behalf of parents […]

Key link in Women’s March was one man: George Soros 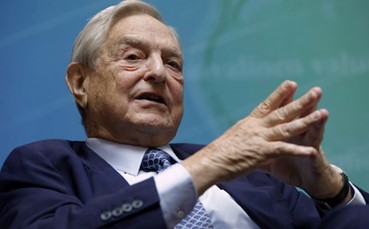 by WorldTribune Staff, January 22, 2017 Organizers and commentators hailed it as spontaneous and non-partisan, but a little digging by a former Wall Street Journal reporter found that the Women’s March on Washington was just another anti-Trump event. What set it apart was the extent of the support from leftist billionaire and Hillary Clinton backer […]

Special to WorldTribune.com The Baltimore mosque that U.S. President Barack Obama visited on Feb. 3 has been linked to Hamas and other terror organizations. In his first visit to a U.S. mosque, Obama spoke at the Islamic Society of Baltimore (ISB), whose former imam was linked to the financing of Hamas in the Gaza Strip […]