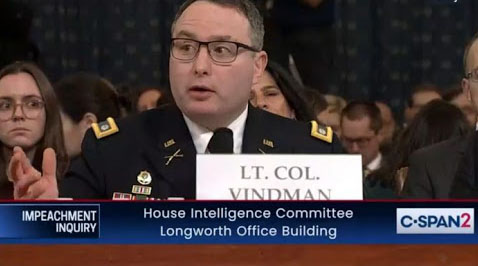 FPI / February 7, 2020 One of the Democrats’ key witnesses in their partisan impeachment inquiry has been fired from his post at the National Security Council (NSC). Lt. Col Alexander Vindman was fired and escorted out of the White House on Friday, reports say. White House officials said Vindman’s job was eliminated as part […]

by WorldTribune Staff, November 21, 2019 Rep. Elise Stefanik has emerged as a GOP star for her cross-examination of Democrats’ witnesses during the public impeachment hearings. Her questioning of Marie Yovanovitch and Lt. Col. Alexander Vindman all but destroyed the Democrats’ narrative, analysts say. Stefanik has been so effective that Democrats and anti-Trumpers have launched […] 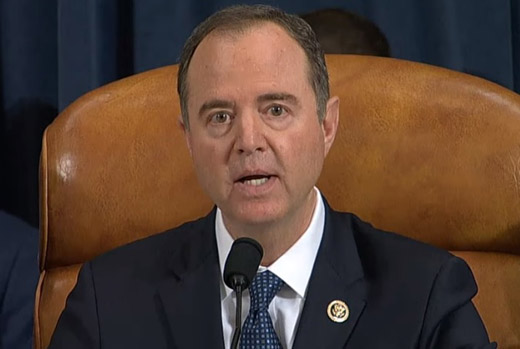 by WorldTribune Staff, November 12, 2019 Officials at the National Security Council (NSC), some of them Obama era holdovers, waged an internal war against President Donald Trump and his political appointees, transcripts from Rep. Adam Schiff’s closed-door impeachment inquiry hearings show. Fiona Hill, a Russia specialist brought to the NSC in 2018 from the Brookings […]

Out of their minds: Media coverage of impeachment frenzy almost double that of Mueller probe 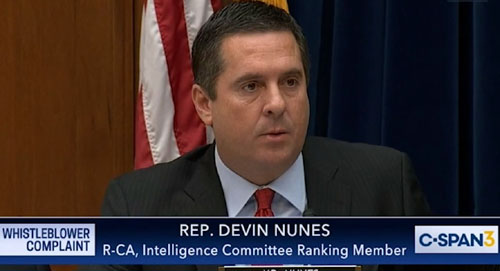 Analysis by WorldTribune Staff, October 30, 2019 All impeachment, all the time. The volume of stories pumped out for House Speaker Nancy Pelosi’s green-lighting of impeachment proceedings surged 73 percent compared to coverage of the release of special counsel Robert Mueller’s report, an analysis found. For Mueller, the key media charted produced 177,649 stories. For […]