The U.S. Supreme Court on Tuesday invalidated an appeals court decision which allowed undated mail-in ballots to be counted in a local election.

The top court vacated a May decision by the 3rd U.S. Circuit Court of Appeals that had said mail-in ballots without a required date on the return envelope still had to be counted in a 2021 Pennsylvania judge race. 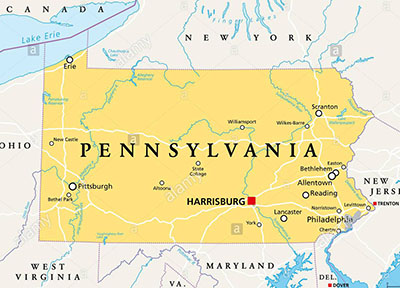 The appeals court had ruled that the state election law’s requirement of a date next to the voter’s signature on the outside of return envelopes was “immaterial.” The lower court had said it found no reason to refuse counting the ballots that were set aside in the Nov. 2, 2021 election for common pleas judge in Lehigh County.

The undated mail-in ballots were enough to give Democrat Zac Cohen victory in the race.

In the Tuesday decision, the Supreme Court justices ruled 7-2 that the 3rd Circuit must “dismiss the case as moot.”

Joshua Voss, a lawyer who represents the losing judicial candidate in the Lehigh County race, Republican David Ritter, said the effect of the new high court ruling is that state law goes back to where it had been.

At issue has been the date — not the signatures — on mail-in ballots. Undated ballots that arrived on time had been counted during the 2020 election due to the Covid pandemic and mail uncertainties.

The state’s highest court had permitted the undated ballots to be counted in 2020 when mail-in balloting surged due to the pandemic, but the justices signaled the court would not allow the change in future elections.

The administration of Pennsylvania Democrat Gov. Tom Wolf said it is reviewing the case but, at the moment, “current guidance is for counties to count ballots that are missing a date or have the wrong date.”

Acting Secretary of State Leigh Chapman said she had just been informed of the ruling and that “we’re reviewing that decision and we’ll provide guidance to counties accordingly. As far as the impact on what happened with the Supreme Court, I’m not able to comment further. But what I can say is that we will evaluate and update guidance as necessary.”

More than 2.5 million Pennsylvanians voted by mail during 2020′s presidential election, most of them Democrats, out of 6.9 million total votes. Chapman said Tuesday that more than 1.1 million absentee and mail-in ballots have been requested for the November 2022 midterms.