The U.S. Supreme Court sent a transgender-rights case back to a lower court on March 6 after the Trump administration rescinded Obama administration guidelines allowing transgender students to use the bathroom of their gender identity in public schools.

The decision to send the case back to the 4th Circuit likely reflects the high court’s “recalcitrance to decide a case of this consequence without a full bench,” The Daily Caller reported. 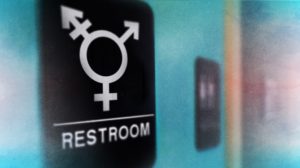 The case is expected to return to the Supreme Court and “odds are high that the decision will be reviewed on the merits after the confirmation of a ninth justice,” the report said.

The March 6 decision ensures there will not be a major ruling in a transgender-rights case before the Supreme Court adjourns in June.

The justices were scheduled to hear arguments in Gloucester County School Board v. G.G. March 28. The March 6 order from the Supreme Court asks the 4th U.S. Circuit Court of Appeals to rehear the case in light of the guidance document issued by the U.S. Departments of Justice and Education on Feb. 22. The guidance advised schools that the Obama administration guidelines on the issue had been rescinded.

“Nothing about today’s action changes the meaning of the law,” said Joshua Block, lead counsel for the student at the ACLU. “Title IX and the Constitution protect [the student] and other transgender students from discrimination. This is a detour, not the end of the road.”

The 4th Circuit had earlier ruled for the student, finding that the courts must defer to the Obama Department of Education (DOE) guidelines which require schools to treat students consistent to their gender identity in order to comply with Title IX, the federal law prohibiting sex discrimination in public education. The ACLU also argued that the district’s policy violates the Constitution’s equal protection clause, and would violate Title IX even in the absence of federal guidance to that effect.

Some legal analysts said that, in issuing the guidance, the Obama DOE did not follow the legally-proscribed process for changing regulations and did not have the full force of law. The Education Department argued the guidance simply informed school districts across the country of their reading of Title IX requirements as concerns the transgender bathroom issue.

The Supreme Court asked the parties in the case to argue two questions: first, whether the Obama guidance was entitled to deference by the courts, and second, whether Title IX requires public schools to allow trans students to use the bathroom of their choice, regardless of DOE’s view.

Since the Trump administration has since withdrawn the Obama-era guidelines, the first question was essentially mooted, the analysts say. The justices could still have heard arguments on the second question and issued a ruling definitively settling the ongoing controversy surrounding trans students and public school bathrooms.