The U.S. Supreme Court on May 14 struck down a 1992 law that barred state-authorized sports gambling. 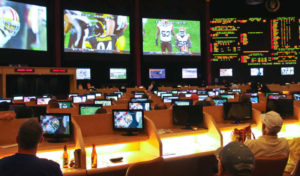 In a 6-3 ruling, the court struck down the Professional and Amateur Sports Protection Act. The 1992 law made Nevada the only state where wagering on the results of a single game could be made.

“The legalization of sports gambling requires an important policy choice, but the choice is not ours to make,” Justice Samuel Alito wrote. “Congress can regulate sports gambling directly, but if it elects not to do so, each state is free to act on its own.”

The court’s decision came in a case from New Jersey, which has fought for years to legalize gambling on sports at casinos and racetracks in the state, the AP report said.

During ESPN’s “Outside the Lines” on May 14, former New Jersey Gov. Chris Christie said the ruling means a “significant amount of revenue” for states.

“It’ll be hundreds of millions of dollars a year,” Christie said of what the court’s decision will mean for New Jersey. “It’s going to be a great thing for the individual states that get involved.

The 1992 law barred state-authorized sports gambling with exceptions for Nevada, Montana, Oregon and Delaware, states that had approved some form of sports wagering before the law took effect. Nevada is the only state where a person can wager on the results of a single game, though the law doesn’t cover wagering between friends. The law also doesn’t cover animal races, such as horse racing, which many states already allow.