The island nation of Maldives has followed its Sunni Saudi ally’s lead by cutting ties to Shi’ite Iran. 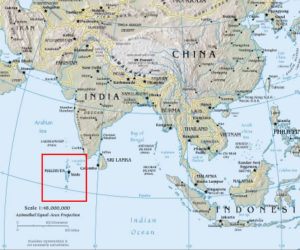 The Maldives government on May 17 said it decided to sever its 40-year-old diplomatic ties with Iran, saying Teheran’s policies in the Middle East are “detrimental to peace and security in the region.”

The severing of relations with Iran is seen as another move by Maldives, a Sunni-majority nation of 341,000, toward closer ties to Saudi Arabia. The Saudis recently opened an embassy in the Maldives and have offered cash grants to the government and started negotiations on investments.

Since his election in 2013, Maldives President Yameen Abdul Gayoom has made several trips to Saudi Arabia and the Maldives has also signed on with the Saudi-led 34-member Islamic military alliance to fight terrorism.