A lefty scribe from across the pond has gone where Big Media sods in the U.S. dare not tread (the truth as obvious to everyone everywhere who is capable of minimal discernment).

Rob Liddle wrote in the Sunday Times on Sept. 26 that the White House is occupied by a “senile halfwit” following a “rigged” 2020 election. 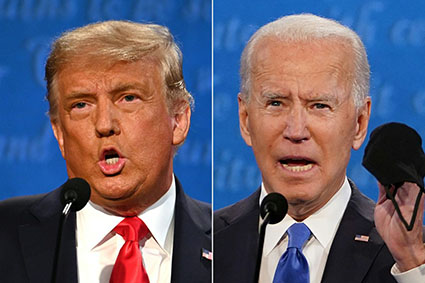 “The last presidential election was a fraud, rigged by big business, the labor unions and, more than anything, the media and the tech companies,” Liddle noted. “If that election had taken place in any other country, it would have been called ‘unfree’. And, as more and more evidence emerges, it terrifies me that the same thing could happen here.”

“So Trump was right,” Liddle wrote. “The American public is slowly waking up to the fact that they are being led by an ineffectually devious, senile halfwit.”

The British writer is certainly no fan of Trump. Noting that the former president is “back in the lead in the opinion polls,” Liddle noted: “Imagine how awful a president must be if people would rather that sack of meat with mittens were back in charge.”

“Now we discover that General Mark Milley, the chairman of the joint chiefs of staff, was also conspiring against the president,” Liddle wrote. “Twice Milley called Chinese diplomats to let them know that he would countermand any order from Trump to attack China — which seems to a lot of U.S. conservatives to be an act of pure treason. Milley also went behind his president’s back to connive with the Democrat leader of the House, Nancy Pelosi.”

“The reasoning for this,” Liddle continued, “was that Trump was ‘unhinged’ — a familiar notion peddled by the media for the four years of his presidency. Was he? I don’t know. He didn’t seem terribly hinged to me, but then Americans rarely do. But more unhinged than your average American — or Joe Biden?”

“Whatever the case, that election one year ago was plainly rigged,” Liddle noted. “Not by fraudulent postal votes. But by an affluent elite conspiring, brutally at times, to ensure that the American public heard only one side of the story.”