A new study of nearly 10 million people in Wuhan, China – ground zero for the coronavirus – showed that asymptomatic spread of covid does not occur. 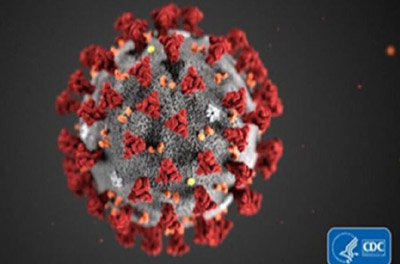 Out of the 9,899,828 million people in the study, results revealed “300 asymptomatic cases” were found. Utilizing contact tracing, of those 300, not a single case of covid was detected in any of them.

“A total of 1,174 close contacts of the asymptomatic positive cases were traced, and they all tested negative for COVID-19,” the study concluded.

The study, titled “Post-lockdown SARS-CoV-2 nucleic acid screening in nearly 10 million residents of Wuhan, China”, was published in the November issue of the peer-reviewed scientific journal Nature Communications. It was compiled by 19 scientists from the Huazhong University of Science & Technology in Wuhan, and highly respected scientific institutions in the UK and Australia.

In the study, both the asymptomatic patients and their contacts were placed in isolation for a period of no less than two weeks and the results remained the same. “None of detected positive cases or their close contacts became symptomatic or newly confirmed with COVID-19 during the isolation period,” the study found.

Further examination of the study subjects revealed that “virus cultures” in the positive and re-positive asymptomatic cases were all negative, “indicating no ‘viable virus’ in positive cases detected in this study.”

The age range of those found to be asymptomatic was between 10 and 89 years of age. The asymptomatic positive rate was “lowest in children or adolescents aged 17 and below” and the highest rate was found among people older than 60, the study said.

The study also concluded with high confidence that due to a weakening of the virus itself, “newly infected persons were more likely to be asymptomatic and with a lower viral load than earlier infected cases.”

The results of the study are “in complete contradiction to the popular narrative used by Democrat politicians and governors across the United States,” Frank Salvato noted in a Dec. 27 analysis for National File. The study nullifies “all reasoning for business closures and lockdowns.”