While lawmakers in Arkansas moved to permanently ban the governor from ever imposing another mask mandate, Alaska’s Republican governor told Joe Biden exactly what he can do with his federal mask mandate. 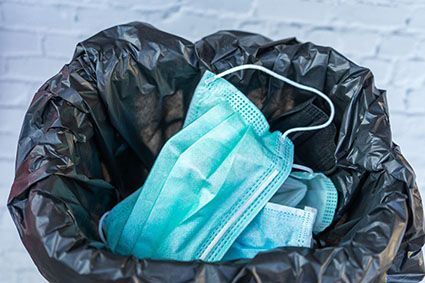 The Arkansas Senate approved legislation to never allow another mask edict. The bill now moves to the state’s House of Representatives.

The measure was approved by the state Senate on Wednesday, one day after Republican Gov. Asa Hutchinson allowed the statewide mask mandate, initially put in place in July 2020, to expire. Hutchinson said it was unlikely he’d reimpose the mandate, but did not rule it out.

The Senate voted 20-9 to ban all mandatory face-covering requirements, citing the undue burden they place on the public.

Republicans said the legislation would not affect the ability of private businesses to make their own rules about requiring masks inside their establishments.

A growing movement of lawmakers around the U.S. have rejected mask mandates, saying they’re unconstitutional and do little to prevent the spread of the coronavirus.

“No thanks, @POTUS – you can keep your mask mandate,” Dunleavy tweeted. “We’ll keep doing it the #Alaska way: trust the people & let them live their lives.”

Hours before Dunleavy’s statement, Biden had urged “every governor, mayor, and local leader to maintain and reinstate the mask mandate.”

Kentucky Republican Sen. Rand Paul has repeatedly slammed the Left’s pathological obsession with unscientific mask mandates, saying the masks used by most Americans are as effective as wearing underwear on your face.

Paul, a physician, pointed out that places with strict mask mandates around the country experienced spikes in Covid infections.

“Every one of the mandates — and you look in country after country, state after state — you look at when the mask mandates went in — the incidents went up exponentially after the mandates,” he said in December. “It’s like wearing your underwear. You might as well cut your underwear up and wear your underwear as protection. It doesn’t work.”