Slaves to the narrative? CNN staffs up with ‘race team’

CNN head honcho Jeff Zucker has announced that the leftist outlet that has bought screens in most major international airports and other public places plans to heavily focus on race-related “coverage.” 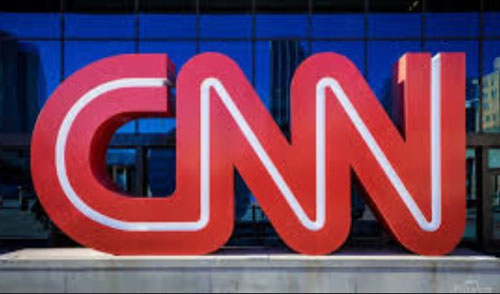 Zucker said a “new and expanded” team of so-called journalists will “shed a light on the growing movement against institutional racism.”

“I could not be prouder of the impactful work that CNN has done on every platform in the last few years – and especially in the last several weeks – covering race and racial injustice in America,” Zucker said in an internal staff memo.

“Our reporting has been powerful, emotional, and helped to shed a light on the growing movement against institutional racism. Today, I am pleased to announce that we are making an even more significant, sustained commitment to ensure race coverage is a permanent part of our journalism.”

The race team will be headed by former Associated Press Chicago Deputy News Director Delano Massey, who was recently hired by CNN to serve as supervising producer.

Zucker, who is chairman of WarnerMedia News and Sports, also announced that Pervaiz Shallwani will oversee a beat on policing in America, with plans to add a digitally focused senior writer. “The senior writer will go deep into the renewed scrutiny on police tactics, training, and unions.”

Also being added is a data and visuals editor who Zucker said will be “a finder of data, trends, and statistics about race and policing.”

Washington Examiner columnist Byron York tweeted: “The race team will bring us together.”

Breitbart’s Joel B. Pollak tweeted: “When the white bosses make everyone else focus on race, but keep their own jobs, that’s systemic racism.”

“I better not see one, even one, white skinned person on this team! No whites allowed!”

“Main Qualifications: Must bash Trump any way you can, all the time!”

“They have other beats?”