Silenced majority: Republicans, independents more likely to conceal who they plan to vote for

Republicans and independents are twice as likely as Democrats to conceal who they plan to vote for in November, a new study found. 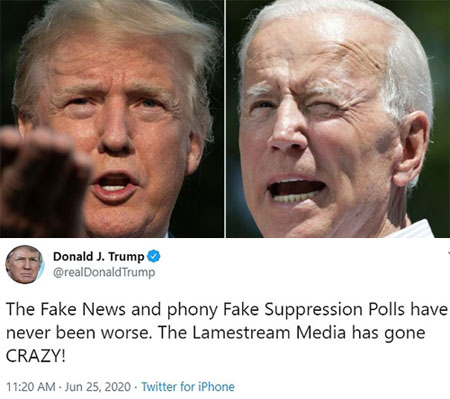 The study by CloudResearch LLC, which examined “shy voters,” found that 11.7 percent of Republicans and 10.5 percent of independents said they would not reveal their preferred presidential candidate.

“In contrast, just 5.4 percent of Democrats say they’d be reluctant to share their true voting intentions — roughly half the number of Republicans reluctant to tell the truth on phone polls,” CloudResearch reported.

The study increases the possibility that polls, as they did in 2016, understate the support for President Donald Trump.

The survey found that 10.1 percent of Trump supporters were “likely to be untruthful on phone surveys” in sharing who they support. Only 5.1 percent of Biden supporters said the same.

Some who were polled said they feared their answer would not be kept confidential. Others said they wouldn’t answer due to the belief that polls are biased.

“I don’t believe the information would be confidential, and I think it’s dangerous to express an opinion outside of the current liberal viewpoint,” CloudResearch reported as one response.

“Well, I probably wouldn’t give my opinion period, but if pushed, I would not give my real opinion for fear of reprisal if someone found out,” another said.

Another said: “Because most polls released to the public are slanted and aren’t scientifically based. So, they are messing with the results of the survey from the beginning by knocking down one party or the other. I’m just trying to right the ship.”