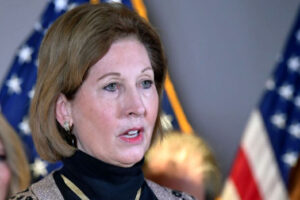 Sidney Powell used Telegram to respond to the Supreme Court’s dismissal of her petitions earlier this week:

“The Supreme Court’s failure to date to address the massive election fraud and multiple constitutional violations that  wrought a coup of the presidency of the greatest country in world history completes the implosion of each of our three branches of government into the rubble of a sinkhole of corruption.

It is an absolute tragedy for the Rule of Law, the future of what was a Republic, and all freedom-loving people around the world.”