Shock and awe at Foggy Bottom: ‘Complete and utter disdain for our expertise’

The policy has led to the exodus of some long-time inhabitants of Foggy Bottom. And is cause for celebration for many who regard Foggy Bottom as “swamp” central. 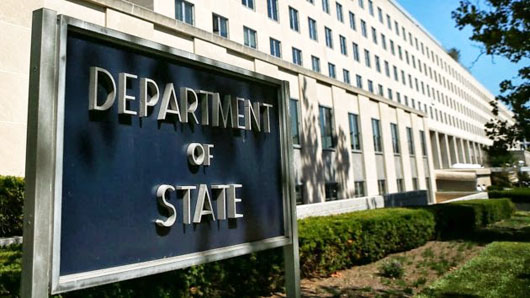 The administration’s “rudeness and remoteness” is creating a “toxic environment” to those who lament the changing environment, Roger Cohen wrote in a July 28 op-ed for The New York Times.

Cohen wrote: “Those who have departed include Nancy McEldowney, the director of the Foreign Service Institute until she retired last month, who described to me ‘a toxic, troubled environment and organization’; Dana Shell Smith, the former ambassador to Qatar, who said what was most striking was the ‘complete and utter disdain for our expertise’; and Jake Walles, a former ambassador to Tunisia with some 35 years of experience. ‘There’s just a slow unraveling of the institution.’ ”

To those who welcome the change, it’s President Donald Trump following through on his pledge to “drain the swamp.”

“The swamp needs draining indeed,” Robert Spencer wrote for Jihad Watch on July 30. “This news from the State Department, and the New York Times’ grief over it, are good signs that the U.S. is on its way back on dry land.”

Cohen wrote that “The president signaled early on that military might, not diplomatic deftness, was his thing. Soft power was for the birds. This worldview (in essence no more than Trump’s gut) has been expressed in a proposed cut of about 30 percent in the State Department budget as military spending soars; a push to eliminate some 2,300 jobs; the vacancy of many senior posts, including 20 of the 22 assistant secretary positions requiring Senate confirmation; unfilled ambassadorships – roughly 30 percent of the total – from Paris to New Delhi; and the brushoff of the department’s input in interagency debate and in pivotal decisions, like withdrawal from the Paris climate accord. Days are now marked by resignations, unanswered messages and idled capacity.”

Spencer wrote: “We can only hope that with the departure of these failed State Department officials, their failed policies will be swept out along with them. Chief among these is the almost universally held idea that poverty causes terrorism. The United States has wasted uncounted (literally, because a great deal of it was in untraceable bags full of cash) billions of dollars in Afghanistan, Iraq, Pakistan, Egypt, and other countries in the wrongheaded assumption that Muslims turn to jihad because they lack economic opportunities and education. American officials built schools and hospitals, thinking that they were winning over the hearts and minds of the locals. Fifteen years, thousands of lives and hundreds of billions of dollars later, no significant number of hearts and minds have been won.”