Palestinian leaders are being “irresponsible” for not considering normalizing relations with Israel or accepting the U.S. “Deal of the Century” which would mean a financial windfall for the Palestinian people, a Saudi diplomat said. 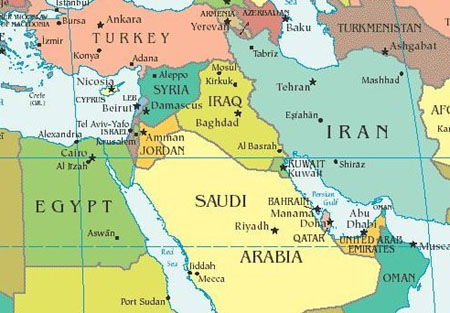 “History and Allah brought a real opportunity,” the diplomat told Israelis via an interview in Globes on June 21. “The blood conflict had lasted too long. Us Saudis and all Gulf States plus Egypt and Jordan realize that the age of going to war with Israel is over.”

Pointing to “the advantages of normalizing relations,” he argued that “the whole Arab world could benefit from it,” Globes reported.

The Saudi diplomat said that “Israeli technology is very advanced and the Arab world, including those who hate you, looks at Israel in admiration due to this success and hopes to copy it.”

For the Palestinians, “Maybe it is hard for them to part with the character of the ever-suffering victim and they don’t believe they could survive without it,” the diplomat said, adding that if Palestinian leadership accepted the American peace plan they will be given “sums they never dreamed of.”

President Donald Trump’s Israel-Palestinian peace place, dubbed the “Deal of the Century,” could bring some $50 billion to the Palestinian people, the diplomat said.

Trump’s plan also includes a “clear path leading to complete Palestinian independence,” the diplomat said, adding that “we are convinced that even the hard issues can be resolved when one has a full stomach and a relaxed life…they still don’t accept this.”

The diplomat argued that one of the reasons for this refusal is the Palestinian perspective that Prime Minister Benjamin Netanyahu may not be able to sell a peace deal to the Israelis and so they can wait until a leader who is more suitable to their needs might appear.

“We think that when it’s time to decide every Israeli leader, Netanyahu as well, will take the path of peace as this is what most Israelis want,” the diplomat said.