Saudi loses student visa over ‘indicators’ of security issues: He threatened to blow up White House

WASHINGTON — A Saudi national has lost his student visa to the U.S.  after triggering “several indicators of national security concerns”.

“ICE [Immigration and Customs Enforcement] special agents from our
Washington, D.C., office arrested a Saudi Arabian national who was admitted
as an F-1 non-immigrant student and violated the term and condition of his
admission,” Peter Edge, a senior official at the Homeland Security
Department, said. 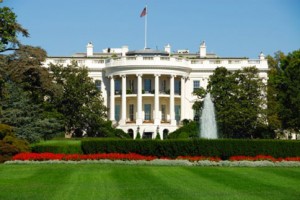 “The individual was referred for investigation after his status was
terminated in SEVIS for failure to maintain student status, as well as for possessing several indicators of national security concerns, including threatening to blow up the White House and the Saudi Arabian Cultural Mission to the United States,” Edge said.

House committee members did not ask Edge for details of the Saudi
detainee. ICE has not released additional information.

The arrest of the Saudi was reported in wake of a U.S. pledge to
significantly increase visas for students from the Gulf Cooperation Council
kingdom. Saudi students were severely restricted from entering the United States after
Al Qaida’s suicide air attacks on New York and Washington in 2001. One of
the Saudi attackers had entered the United States on a student visa.

The Saudi arrest was disclosed at a hearing on March 6 by the House
Homeland Security Subcommittee on Border and Maritime Security. The panel
has been examining the arrest of a Moroccan, Amin El Khalifa, detained in
February on charges of planning a suicide bombing in Washington. El Khalifa
entered the United States on a tourist visa that expired in 1998.

Edge, deputy associate director of ICE investigations, said the Saudi
student had violated the terms of his visa. The Saudi as well as other
students were monitored by the Homeland Security Department’s Student and
Exchange Visitor Information System.

“DHS has made significant progress in preventing terrorists from
exploiting the visa process,” Edge said in testimony submitted with the
department’s deputy counter-terrorism coordinator, John Cohen. “We will
continue to work closely with our international, federal, state, local, and
tribal partners to combat visa fraud and protect the integrity of our visa
security system.”

Saudi loses student visa over ‘indicators’ of security issues: He threatened to blow up White House added by Editor One on March 14, 2012
View all posts by Editor One →