Some of the displays of patriotism at the Ryder Cup golf tournament, which concluded with an overwhelming victory for the U.S. team on Sunday, must have seemed foreign to the woke mob which has essentially taken over professional sports.

Mind boggling for the Left, if any of this small minority watched, were an F-35 flyover and a stirring rendition of the National Anthem from the crowd.

And we’ll add this:

In another amazing show of respect over the weekend, former President Donald Trump at his rally in Perry, Georgia left 13 empty seats with American flags in the front row for the 13 U.S. military personnel killed in the terror attack during Joe Biden’s bungled withdrawal from Afghanistan. 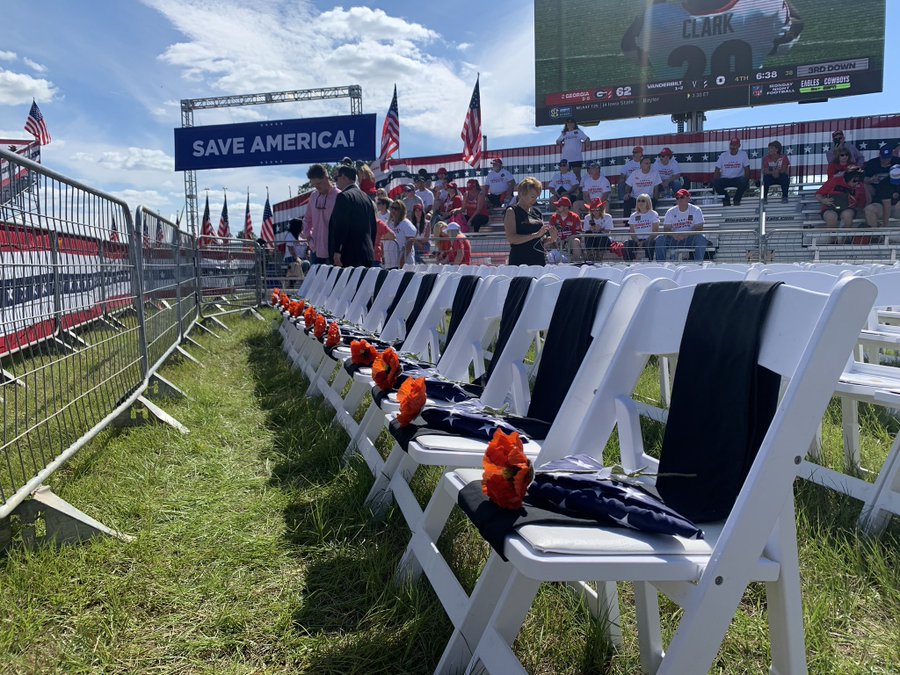 Ryder Cup finale salutes America with F-35 flyover: Moving for many, perplexing for Left? added by Editor Two on September 27, 2021
View all posts by Editor Two →