With the Afghanistan mess now front and center, all eyes have become focused upon the befuddled President Biden and his feckless policies which have created havoc in that mountainous country in the Middle East.

His loose thinking has allowed the psychopathic Taliban tribe, with their confiscated American machine guns slung over their shoulders, to again take control of the country and to fly their black and white flags from the highest towers of the capital city of Kabul. 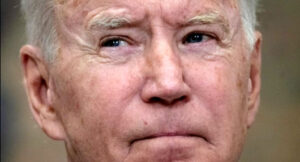 The national flag of Afghanistan has been relegated to rag status by the radical Islamic Taliban which has ousted the America-backed government. With America’s uncoordinated withdrawal, the Taliban quickly stormed over the democratic government with lightning speed and confiscated a reported 350 million items of abandoned American property, including thousands of military and civilian vehicles, rifles, machine guns and ammunition; Black Hawk helicopters and GI clothing which the warriors promptly donned, and in some cases pretended to be Americans. Tens of thousands of army issue water bottles are keeping the Taliban well hydrated.

Bedlam is in high gear around the Kabul airport which is being protected by American soldiers. The facility is the singular exit point for Americans and their allies trying to leave the country by arranged military and commercial airplanes. Evacuation is difficult as Taliban gunmen have circled the airport grounds and are deciding who may and may not enter. Those held back may face the murdering Taliban now seeking revenge against Afghanis who sided with the United States.

Biden has decreed that all is going well and that everyone who wants out of Afghanistan will get out and he has set August 31 as final evacuation day, although he says he may have to extend the exiting deadline. His comments have raised questions as to whether he has been told or knows what is actually happening inside Kabul; and of his credibility with NATO allies who see his leadership as a dismal failure. Around the airport and in many other countries, there is sharp criticism of Biden’s failure to provide a safe and sensible exit for Americans and Afghan supporters.

Scholarly lawyer Mark Levin, host of “Life, Liberty & Levin” on Fox News has described President Biden as a “bumbling fool.” His recent guest, British Colonel Richard Kemp, widely known and respected in the United Kingdom, deplored the conditions in Afghanistan and in America’s leadership. President Biden, he asserted, “should not be impeached….. he should be court-martialed as a Commander-in-Chief who betrayed his country and its armed forces.”

In England, the Houses of Parliament delivered an unprecedented rebuke of Biden and condemned the withdrawal as “shameful” and “catastrophic.” Perhaps the most powerful and resonating demands for his resignation are coming from Texas Congressman Ronny Jackson who served as the White House physician to Presidents Obama and Trump, from 2013 to 2018. Dr. Jackson has personal knowledge and insight into the acuity of Slow Joe Biden, Obama’s vice president for eight years.

Dr. Jackson says that Biden is “cognitively impaired” and does not know what is going on…. Someone else is pulling his strings and his policies concerning the USA withdrawal from Afghanistan have been an absolute disaster.”

His G-7 meeting and his summit with Russia President Putin were embarrassments, but his incompetent handling of the pull out from Afghanistan is more outrageous, said the Republican congressman whose ability as a physician was applauded by President Obama in appointing him White House doctor in 2013.

Congressman Jackson, 54, is a retired Rear Admiral who served in the navy for 23 years, with the final six as doctor to the Democratic and Republican presidents. In the course of his military career, he became “board certified” in emergency care and earned many medals and commendations. He was also the doctor to Navy Seal divers and holds credentials as a parachutist. He was elected a Republican representative from Texas in 2020.

In June, Rep. Jackson sent a letter to President Biden requesting him to take a “cognitive examination” and allow the findings to be reported to Americans. Thirteen other congressmen joined him as signatories.

President Biden has ignored the letter and the media has circled the wagons around him. In the rare opportunities given newsmen to ask questions, virtually none have dealt with the Jackson letter, or the concern from members of Congress that he (Biden) appeared to be mentally unbalanced. More common are questions about Biden’s favorite ice cream or whether and how long masks need to be worn.

The media is no longer the tough interrogator of past days as when it newsmen dogged President Trump and demanded that he undergo a “cognitive examination.” It was designed to humiliate him, but Trump tipped the tables. He took the test and achieved a perfect score. Other records made public credit Trump with having a gifted intelligence quotient (IQ) of 159. Biden’s IQ is unknown, but many observers theorize that it is very, very low.

While most Americans agree that it was time for America’s withdrawal from Afghanistan, Biden failed to plan for the exit and for the protection of all citizens and Afghans who had sided with the USA.

Reportedly, the Taliban has been joined by Al Qaida and it is feared that the country has again become a haven for Islamic extremists plotting new attacks on the United States. President Biden has said that he may extend the announced evacuation deadline beyond August 31, but the Taliban has threatened that any extension will “bring consequences.”